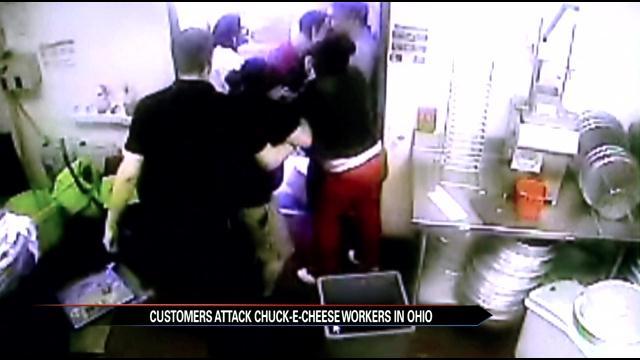 A group of customers at a Chuck-E-Cheese in Parma, Ohio allegedly attacked workers this past weekend.

It was all caught on camera.

A customer followed a manager into the kitchen and attacked him after a woman at a birthday party was told she would have to wait to use a broken photo booth.

One teen employee was knocked unconscious.

"I got to 9..1..and then I just get slammed, said Andre Davis, an employee. "I am in a full fight. This dude came out of nowhere."

As the fight was happening, people were running to the doors of the restaurant.

A warning was then sent out to evacuate the building.

Investigators say at least a dozen customers of the birthday party cheered on the attackers, who all got away.