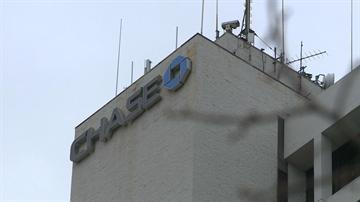 SOUTH BEND, Ind. – South Bend Mayor Steve Luecke has proposed to spend up to $5.7-million from the city’s reserve and general funds to help a private developer buy and repair the Chase Tower.  Tenants in the building have been frustrated waiting for a decision on what to do with the building, which is in danger of foreclosure.

“When it comes to next year, if after the first of the year nothing major is happening, I think many of us will be leaving,” explained Ken Herceg, whose office is in the tower.  “I’d hate to do it, it’s a great location, but you can only put up with so much.”

Herceg has had his office in the tower since 1994, he described that the building’s deterioration over the past few years has many tenants considering whether or not to move out of the tallest building in St. Joseph County.

“We have had weeks on end where we ran with only two out of four elevators operating and we had one day where there was only one elevator operating and actually had another day at 9 o’clock in the morning all the elevators shut-down,” described Herceg, whose office is on the 21st-floor.  “The parking garage has been deteriorating; the heating and ventilating system’s been deteriorating.”

In February the building went in to receivership and is now in danger of foreclosure.  The city of South Bend must now decide how much to invest to keep the building up and operating.  Common Council members met during a meeting of the Community and Economic Development Board to discuss the issue.  Many members said a shut-down of the building would deal a heavy blow to the city.

"It would be a ripple effect, it'll be a domino effect and we can't suffer anymore blows especially a blow like that would be like a knockout blow," explained District 2 Councilman Henry Davis, Jr.  “We want to make sure that we don’t get knocked out.”

To avoid the "knockout," Mayor Luecke will unveil an appropriations bill on Tuesday asking for approval to spend up to $5.7-million in partnership with a private developer.  Total investment in the building through the partnership is estimated at $19-million.  The developer did promise to spend $1.5-million in emergency repairs immediately if a deal could be reached.

City officials are trying to move to get a vote on the appropriations quickly.  On one hand any deal with the developer must be in place in time to allow the purchase of the building.  The city is also trying to avoid losing any current tenants who may leave the building.

“We’re just setting up future dates to make sure the appropriation moves through properly per state law,” Davis explained.  “Making sure that legally we could do this type of deal and making sure that public benefit will be a result of the deal as well.”

Some council members at the meeting questioned the use of general and reserve funds for the deal, wondering if TIF-district money would be a better option.  Davis said using different funds is one of the options that will be discussed, but keeping the tower up and operating is one of the main goals of the council.

“We want to make sure that we send out signals to Chicago, Indianapolis or all across America or even the world to say South Bend is not a dying city,” Davis explained.  “We’re going to maintain what we have but also build on it.”

A final decision on what to do with the tower is expected at a special meeting of the common council on December 19th.