City of Knox wants to clean up Parkview Heights 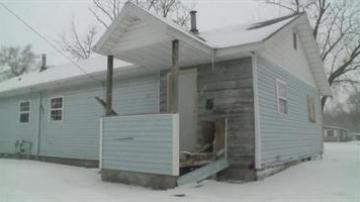 KNOX, Ind. -- The city of Knox is planning to buy dilapidated homes in the Parkview Heights neighborhood and tear them down. Most of the homes were built 80 years ago to house workers brought in to make munitions during World War II. Many are still standing, but some are in better shape than others.

For the last twelve years, Melody Hummel has watched her Parkview Heights neighborhood succumb to big city problems like drugs and vandalism. Many of the homes are now abandoned.

"While other kids and other neighbors were trashing it, we were cleaning it up," said Hummel.

She wants the dilapidated homes torn down.

"It's not repairable, it's not fixable, tear it down," said Parkview Heights resident Phyllis Clemons.

The city of Knox is working to buy around a half-dozen of the homes in hopes of cleaning up the Parkview Heights area.

"It's just a hazard now, because walls are falling in, and people aren't maintaining that property," said Rick Chambers, Mayor of Knox.

Because of a new state law, the city can buy up properties for just $35 each.

The city only has enough money to knock down a few of them. They're hoping a federal grant will help take care of the rest.

"If not, we may look at Habitat for Humanity to maybe take down some portions of that house," said Chambers.

No matter how much federal aid they get, Chambers says the city will do something.

"A lot of us like to clean up the neighborhood," said Hummel.

"It's good they're going to get rid of some of these places down here," said Clemons.

The city is working to compile a list of the homes on their wish list in hopes of submitting that for Indiana's Hardest Hit fund.