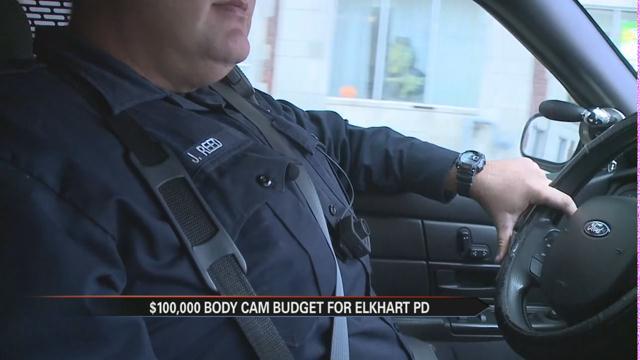 It has been a long process but city officials in Elkhart have finally made a decision regarding body cameras on the police force.  After months of debate, body cameras will officially be coming to Elkhart.

City officials say they want to protect both police officers, and the community.  "I think we need to provide them with as much protection as possible," says council member Brian Dickerson.

The council wanted to be fiscally responsible.

This would allow each officer in the department their own individual camera, with 80 cameras in total, and an automatic triggering device that would turn the cameras on when police lights are turned on.

Law enforcement officials are looking forward to the new equipment.

"A lot of it has to do with transparency, we don't do anything we need to hide," says Chris Snyder with Elkhart Police Department.

Officials say the cameras won't be seen on the police department for a couple more months.

This budget did not include money to update in-car cameras for police vehicles.