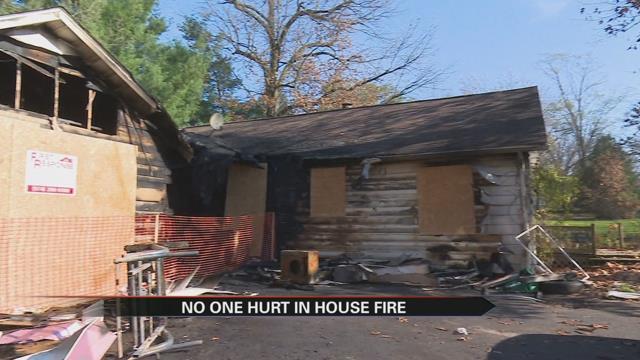 A house in Clay Township is said to be a total loss after a fire broke out at the residence late Monday night.

At approximately 11 p.m., Clay Fire Units were dispatched to the 19000 block of Adams Road regarding a house fire.

Officials say as crews arrived on the scene, heavy fire was coming from an attached garage and the side of the house.

The fire was quickly controlled and crews stopped the blaze from spreading to the rest of the home.

The home a ‘total loss,’ according to fire officials, had serious smoke and heat damage throughout.

One individual and a dog were inside the home at the time of the fire but were not injured.

Officials say the cause of the fire is still under investigation, however, it is not considered to be a suspicious incident.