Cleaning up for National Drug Take Back Day 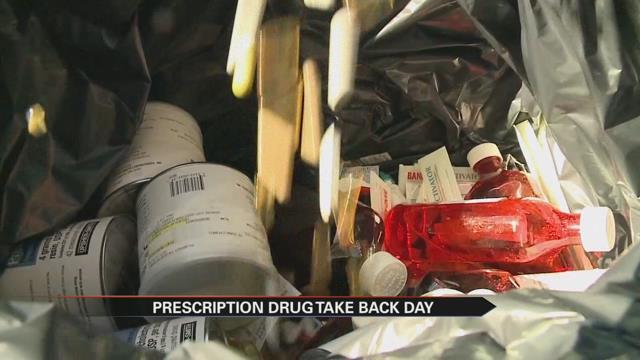 Saturday is National Drug Take Back Day and a chance for people to clean out their cabinets of unused and unwanted prescription drugs.

It is part of a national campaign to reduce drug abuse and overdose locally and nationally.

Each day 44 people die from overdose prescription painkillers and many people become addicted, according to the Centers for Disease Control.

The CDC claims the U.S. is in the middle of a prescription painkiller overdose epidemic.

In an effort to reduce the numbers, the drug take back day is designed to give people a safe place to dispose of drugs, and educate the public about potential abuse of medications.

According to the National Institute on Drug Abuse, in 2013 there were close to 25,000 deaths nationwide from drug overdoses. Those numbers are up two and a half times the numbers in 2001, when overdoses were close to 10,000.

The South Bend Police Department is one of many places to drop off medications. However, they only accept pills only. No liquids, lotions, or ointments will be accepted.

To find a drop-off location near you, click here.