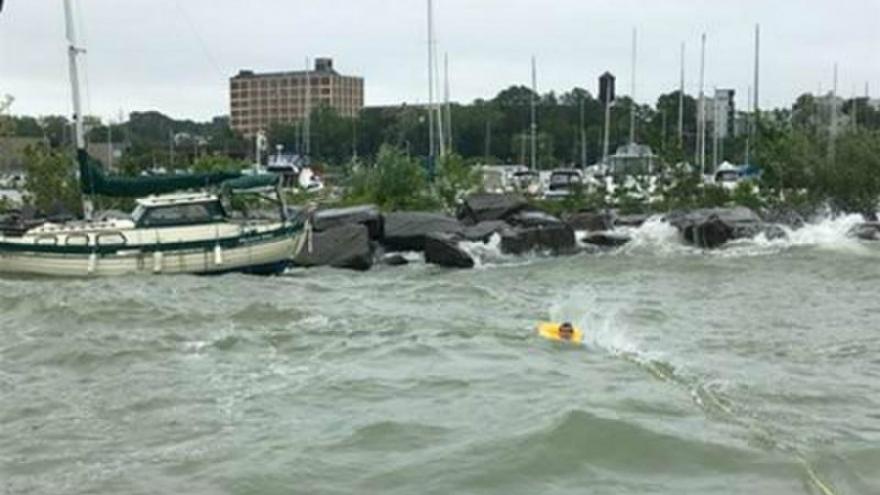 CLEVELAND, Ohio – The Cleveland Harbor Coast Guard rescued three people from the water after their boat became disabled and drifted into a break wall on Saturday.

The command center of the Buffalo sector of the Coast Guard received a mayday call around 12 p.m. from a boat that had three people aboard.

The boat was pressed against the rocks of the Edgewater break wall, according to the Coast Guard.

The command center issued an urgent broadcast and sent a small boat crew from the Cleveland station to assist.

The crew took about five minutes to meet the boaters. They arrived to one person in the water and two on top of the boat.

Due to the conditions of the water, the crew had the people enter the water before climbing aboard the safety boat.

The people, two men and one woman, were transferred to an EMS where they were checked out for mild hypothermia.

The Coast Guard reminds boaters to ensure all vessels are checked and is in proper working order before setting sail.