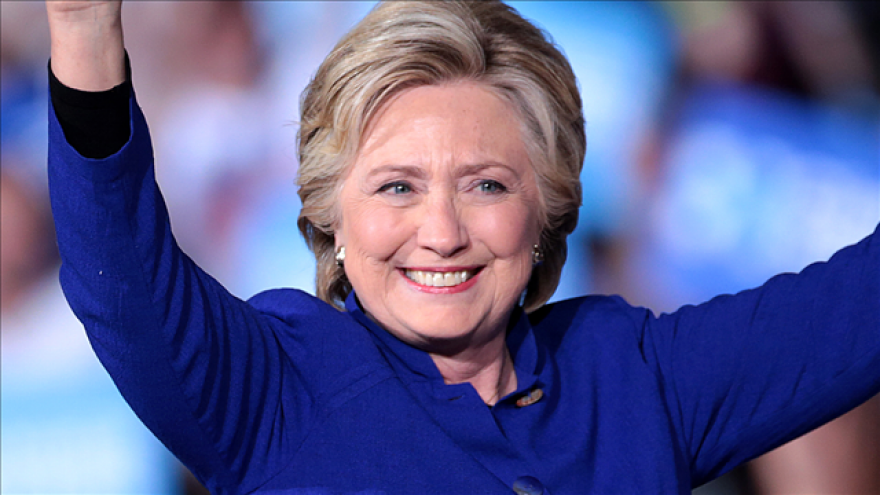 Clinton, according to the sources, is currently working with former aides and donors to build an organization that will look to fund and invest in groups that have impressed her since her 2016 election loss.

Clinton identified herself as part of the so-called resistance earlier this week, and that was not in passing. The former secretary of state has been watching groups stand up to Trump from afar and is "particularly fired up," in the words of one source, to fund these groups and broaden their reach.

"I'm now back to being an activist citizen and part of the resistance," Clinton said in her sit-down with CNN's Christiane Amanpour. At other events she has heralded the work of small organizations that have grown in response to Trump.

"Activism is more important than ever, and it's working, from the women's marches across the country and around the globe to helping to bring down the Republicans' terrible health care bill," Clinton said earlier this year in Texas. "But we have to keep going."

The organization -- Onward Together, an homage to her campaign slogan -- will look to identify groups that could benefit from outside funding. Clinton will act as the connector, said one source, bringing donors to these groups and helping raise money for them, too.

Nick Merrill, Clinton's spokesman, declined to comment for the story.

The idea of the political group started months ago, after Clinton met with young activists to talk about the resistance. At first, the meetings were an attempt to motivate and spur activism among young people.

But Clinton soon realized she could do more, said one source.

The group will have a small staff, including the few aides that are still working with Clinton day-to-day, but the former secretary of state is in the process of finding a board of directors. Dennis Cheng, Clinton's campaign finance director and longtime fundraiser, and Judith McHale, the former secretary of state's deputy at the State Department, are both currently working with Clinton on the project.

The group's launch date is unclear and has been a moving target, but sources said it could come as soon as next week.

The political group also temporarily answers the question about what Clinton, a two-time failed presidential candidate who maintains a strong following among Democrats, will do with her post-2016 life.

A number of top colleges have reached out to Clinton about using them as a venue for her future advocacy, said people who have talked to the former Democratic nominee. While a decision is far from imminent, Clinton did spend time earlier this month at both Wellesley College, her alma mater, and Harvard University, where she sat for an extended interview for the American Secretaries of State Project.

Clinton has also been hesitant about joining The Clinton Foundation, her family foundation that was used as a political weapon against her during the 2016 campaign. Sources close to Clinton said it is unlikely that she go back to working with the foundation.

Clinton has also made clear at a series of events that she is not done with political life and hopes to help Democrats win back the House and Senate in 2018.

Aides and advisers say she is not going to run for president again, but doesn't want to be silent in the coming years.