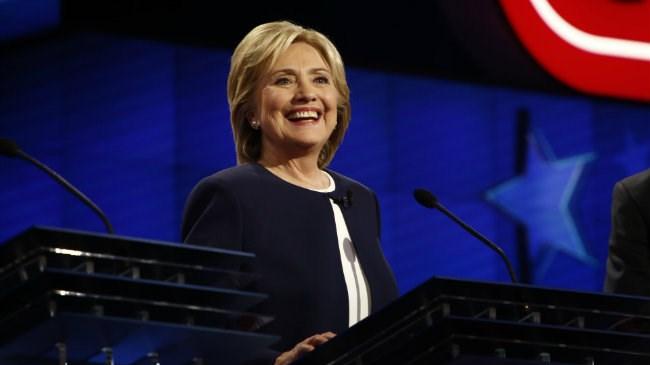 (CNN) -- Hillary Clinton was preparing to announce her vice presidential running mate as early as Friday, aides said, with their first joint appearance expected Saturday in Miami. But then an attack in Germany appeared to put their time line in flux.

Sen. Tim Kaine of Virginia has emerged as a leading contender after a methodical search, several Democrats close to the campaign say, receiving the stamp of approval from President Barack Obama and former President Bill Clinton.

But the decision is Hillary Clinton's and hers alone, and a critical one in her quest to defeat Donald Trump and win the White House in November.

In light of a shooting rampage in Munich, the Clinton campaign is discussing how to balance their plan to pull the conversation away from the GOP convention -- and Republican presidential nominee Donald Trump's acceptance speech -- to her vice presidential pick, according to a source familiar with deliberations.

The campaign was going to put out name of running mate Friday afternoon, likely by a text message to supporters. But now they are dealing with a conundrum: how to avoid a split-screen situation with Clinton announcing her running mate alongside the attack in Germany.

They considered the difficulties the Trump campaign had balancing the announcement of his running mate, Mike Pence, with the Nice attack, to show he could not recognize the significance of what was happening in France. They're trying to avoid same optics, especially since one of her assertions in campaign is she is the steady hand more equipped to deal with serious matters of international affairs and national security.

Clinton will call a number of the finalists who weren't selected for the vice presidential job before the pick is officially announced, according to multiple aides.

John Podesta, Clinton's campaign chairman, will call some of the vice presidential options who did not make it into the top tier.

In selecting the battleground of Florida to make her announcement, Clinton is hoping to seize the spotlight from Republicans after their convention in Cleveland. She is set to visit Orlando and Tampa on Friday, but her new partner is not expected to join her until Saturday at a rally here at Florida International University, where the student body is more than half Hispanic.

The Clinton campaign watched the closing day of the Republican convention with great interest, particularly Trump's acceptance speech, in part to gauge the best timing of her announcement. Her campaign is trying to rally excitement around the Democratic ticket heading into the party's convention next week in Philadelphia, aides said, in addition to blunting Trump's post-convention momentum.

For her part, Clinton has intentionally held her pick close to the chest since the vetting process ended this week, Democrats close to the process said, in hopes of keeping her choice a secret until the last possible moment.

All the finalists met with Clinton at different times during this process, Democrats said, including Perez, Booker and Warren during one-on-one meetings last Friday at Clinton's home in Washington.

Clinton started her vice presidential process before her primary fight with Bernie Sanders ended with what aides described as a "fluid" list, including several potential running mates.