Clue found in kidnapping and murder of Colorado girl 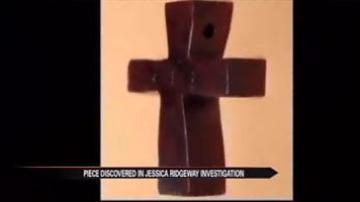 WESTMINSTER, Colo. -- Police in Colorado said that a piece of jewerly recovered in the investigation of the kidnapping and murder of a 10-year-old Colorado girl may be linked to her death.

According to police, a small wooden cross could be a pivotal evidence to identify and locate the person who may have killed Jessica Ridgeway.

Police will not release exact details about the cross, but said it was found at the scene of the crime.

A picture of the cross has been released to media outlets and online with the hope of generating a crime-solving tip.

"We've confirmed it's not a family members, that it's not one of the victim's," Trevor Matersasso, Westminster Police spokesman, said. "Somebody in the public may recognize this. Maybe a neighbor, a friend, a co-worker."

Police have received over 4,000 tips in the case.