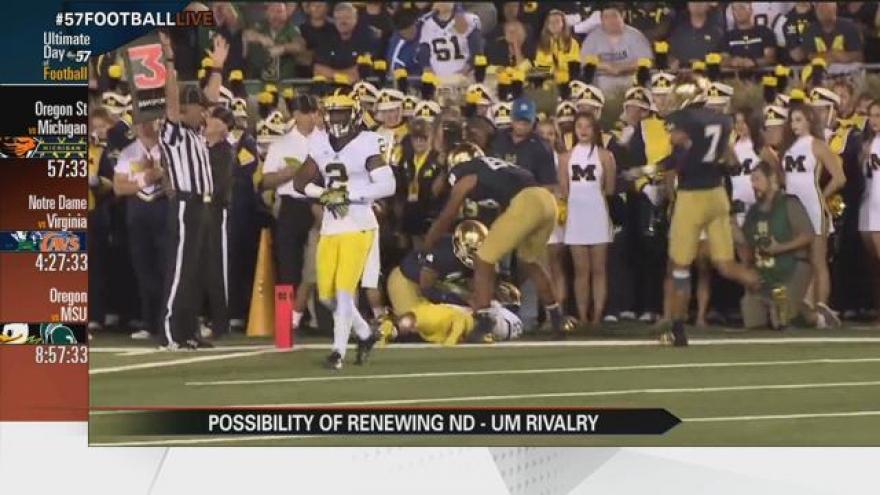 There are great rivalries in college football - like Michigan and Ohio State, Alabama and Auburn, Army versus Navy, but what about the Notre Dame - Michigan rivalry? Last year was the final scheduled meeting between the Irish and Wolverines, but recently Head Coach Brian Kelly said that could all change.

Coach Kelly went on the Rich Eisen Show earlier this week and said he’d definitely like Notre Dame to play against Michigan again.

What do Michigan and Notre Dame fans think?

Fans across the board seem to agree.

Notre dame said it was because they wanted to be more accommodating with the ACC.

"They’ve been rivals for years I don’t understand why they gave it up," Niswander said.

But both sides of the fence say their records should speak for themselves.

"I mean I think every college football fan wants to see the two most winningest programs in football history go at it every year," Ruvalcaba said.

"It has been a great game every year, fans go nuts no matter where it's at," said Middleton.

"Two most winningest teams. They should play," Matz said.

So after Coach Kelly told ESPN’s Rich Eisen that this idea is “trending up," it has rekindled a flame in South Bend.