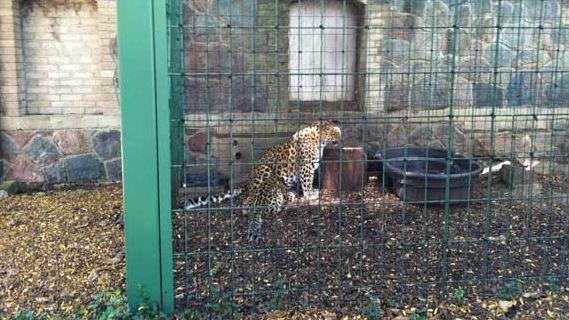 One of the Amur Leopard cubs at Potawatomi Zoo escaped its enclosure Friday when it managed to wiggle itself through a space in the roof of the exhibit shelter.

The cub was spotted and an immediate Code Red was ordered. Zoo patrons were escorted into safe buildings inside the zoo.

A zoo employee netted the leopard and returned the cub to the enclosure with its mother and two other leopards.

Once the leopard was back in its enclosure, the code red was lifted.

Zoo officials say the leopard never left the exhibit and no one was in danger.

Marcy Dean, Executive Director of Potawatomi Zoo, said this was the first Code Red she has experienced in nine years at the zoo.

In the past, zoo officials say they have experienced prairie dogs and a Joey wallaby becoming loose, but nothing that could pose a possible threat to visitors and staff.

The problem came from the baby-proofing done when the zoo first received the cubs.

Zoo staff says the leopard and her cubs will be kept in in a safe area while the zoo’s maintenance staff works to rectify this issue.

They say the leopards will not be available for the public to view until the necessary modifications are done.