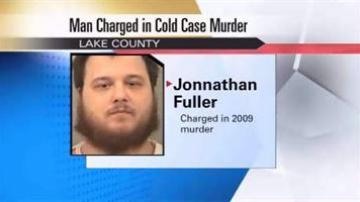 LAKE COUNTY, Ind. -- A three-year-old cold case may be solved, and a former Michigan City man is facing murder charges.

Police charged Johnnathan Fuller, 38, on Wednesday in the death of Sylvian Marie Jones.

Her remains where found in Lake County in August 2010. Police believed he was killed in October 2009.

Fuller is in jail in Carlisle on unrelated charges.