Coldest blast of the winter season 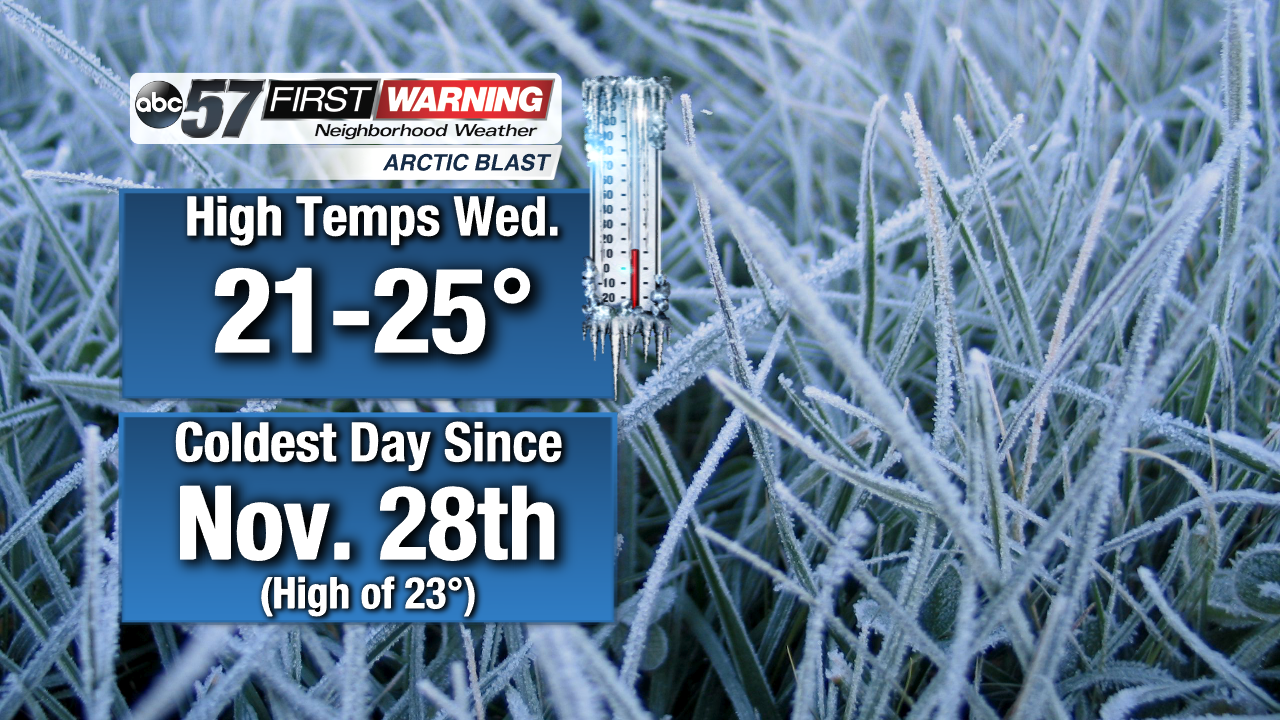 The winter season tho this point hasn't been all that impressive in regards to cold and snow. We are running below normal in the snowfall department, and we haven't had many true arctic outbreaks. That's because the door to Canadian air has been shut for most of the winter season. That changes for the next several days as a pair of cold fronts will allow a short-lived blast of arctic air to invade the Northern Plains, Midwest, Great Lakes, and New England. Wednesday will be the coldest day for us as temperatures (not wind chills) only rise into the lower and mid-20s under cloudy skies. It will go down as the 2nd-coldest daytime high of the winter season in South Bend, behind only November 28th when we only reached 23°! 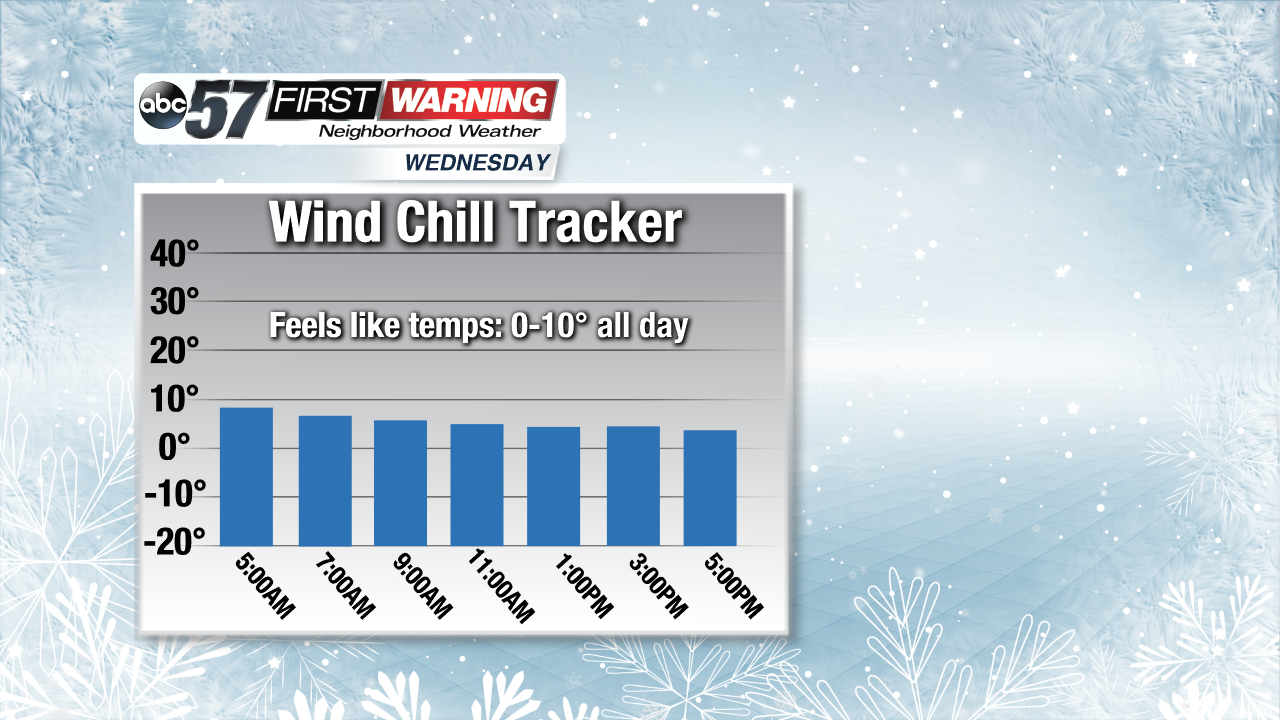 While the actual temperatures rise into the 20s, the "feels like" temps will stay below 10° all day long on Wednesday. That will make it the coldest day of the winter season in terms of what it feels like outside. The reason for the bitterly cold wind chills will be breezy winds out of the northwest upwards of 15-25 mph. Simply put, Wednesday will be a very unpleasant day to be outside. 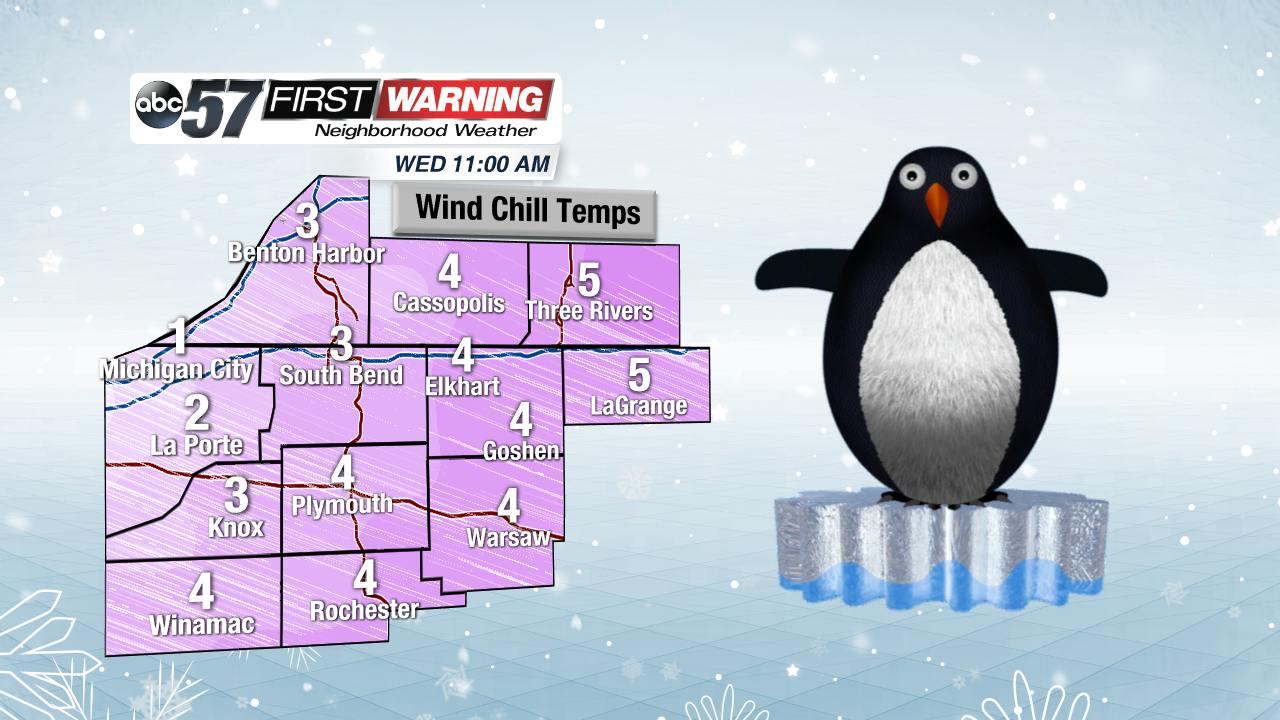 At times, wind chill temperatures could drop below 5° and even approach 0°. This is by no means unheard of this time of year, but it will be a significant slap in the face because of the lack of cold we've had to this point. It's important that you cover up all exposed skin if you plan on being outdoors as frostbite can occur in as little as an hour in cold like this. Thankfully the bitter cold only lasts for a day or so. 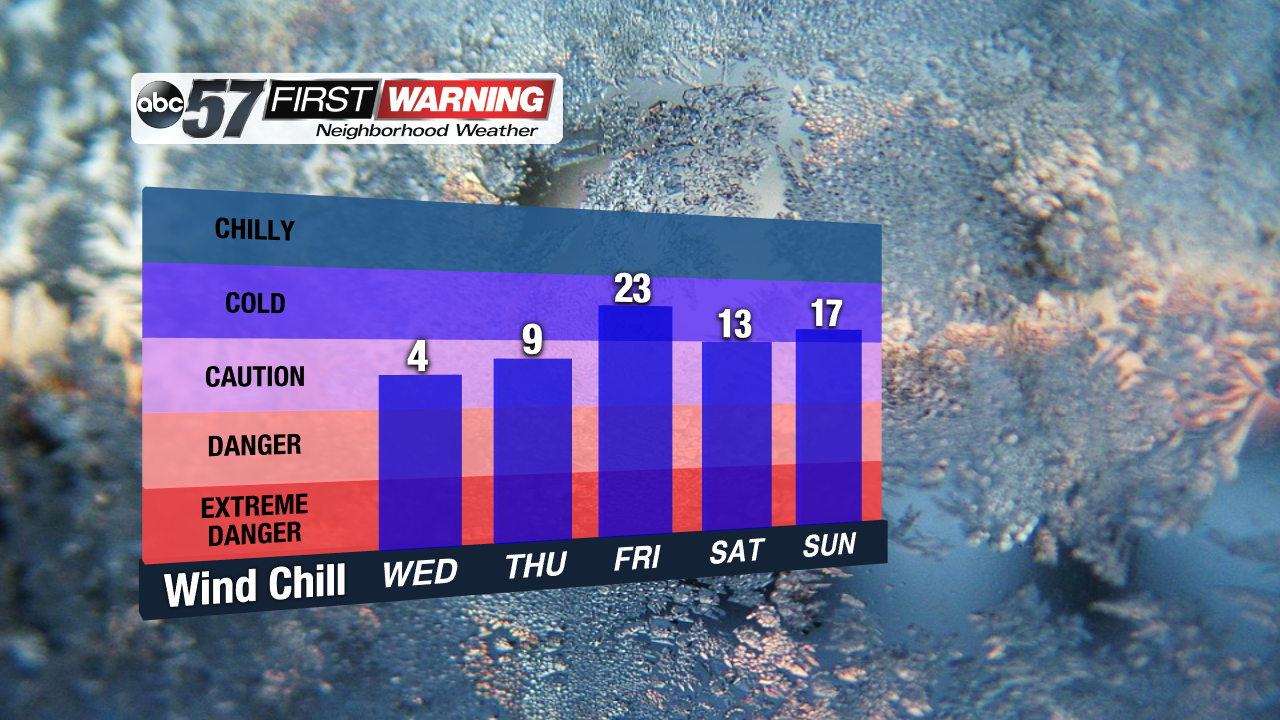 It'll still "feel like" it's in the single digits Thursday morning. Beyond that, though, single digit wind chills aren't really expected. It'll still be cold to very cold this weekend with highs near 30° and wind chills in the teens, but it won't be anything like Wednesday. Regarding snow, the current thinking is that lake effect zones to the southeast of Lake Michigan will see 2-3"+ from Tuesday night thru Thursday morning. This includes:

Other locations outside of the main lake effect zones may see an inch or so. Additional light snow is looking likely for the Friday night thru Saturday night period. That system is still in the process of developing, but another 1-2" is possible, especially south of the Toll Road.