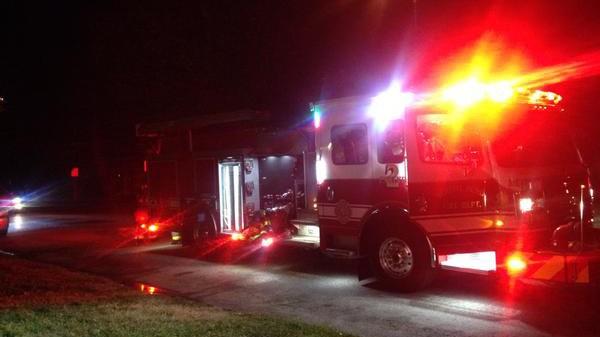 The fire that happened at an apartment complex on West Colfax Avenue late Thursday, early Friday was intentionally set, according to the South Bend Fire Department.

Julia Moore has been charged with one count of arson.

According to the probable cause affidavit, a South Bend Police officer arrived to the scene of the fire just before midnight and saw smoke coming for the second floor window of apartment 7.

The officer went into the building and saw a fire at the door of apartment 7.

The officer went out to get a fire extinguisher and saw the fire department arrive.

He went to the back of the building and saw a woman's head sticking outside the window.

Firefighters went into the apartment and rescued the resident, later identified as Ruth Binion.

The fire was extinguished just after midnight.

Binion told police and firefighters she was asleep and didn't know how the fire started, according to the affidavit.

A witness told the officer she was at the scene to check on Binion because she saw Binion's partner, Julia Moore, on the phone discussing someone bleeding from the mouth, according to the affidavit.

The officer took the witness to where Moore was seen, at 404 Lincolnway West, but could not locate her.

The officer left and was informed Moore called police dispatch and stated she started the fire, according to the affidavit.

When the officer spoke with Binion, she said she and Moore had broken up several hours before the fire.

When Moore was located she was asked about the fire and she said she started the fire by pouring gasoline on the door and lighting it, according to the probable cause affidavit.