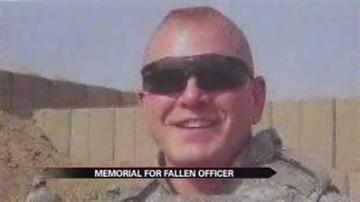 NEW BALTIMORE, Mich. — Police and military in New Baltimore, Mich. said goodbye to a colleague. During the first week of June, reserve police officer Patrick Wisniewski died in a traffic accident while off duty.

His brothers and sisters in uniform came together for a final salute to say goodbye, saying that Wisniewski would have done the same.

The officer was 33 years old. He is survived by his wife and five children.