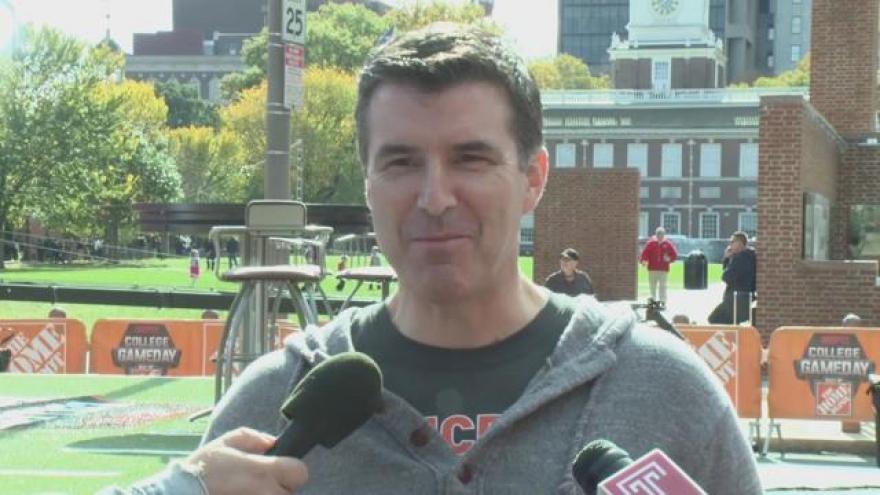 Philadelphia is the backdrop for ESPN's College GameDay this Saturday when the Notre Dame Fighting Irish take on the undefeated Temple Owls.

Reece Davis, the new host of College GameDay, is high on Notre Dame this year and says there's no question they deserve to play for a national championship.

"I think this is a team that is clearly a playoff contender and can matchup with just about anybody in the country," Davis said.

Reece says a big reason for that is Notre Dame's offense, which averages the 4th most yards per play in the nation.

"I think that their offense has been remarkable given the number of playmakers they lost," Davis said. "CJ Prosise has been an absolute God send at running back for them and Will Fuller from here has been as good a big OK threat as there has been in the country."

Reece also takes issue with recent comments by coaches and fans arguing that the Irish shouldn't be in the playoff because of their independent status.

"I disagree vehemently with it. I think that until the playoff selection committee says that what we are doing is taking the 4 best champions and not the four best teams, then I don't care," Davis said.

Strength of schedule down the stretch will be key.

"Their schedule will matchup in my judgment with just about anybody's," said Davis.