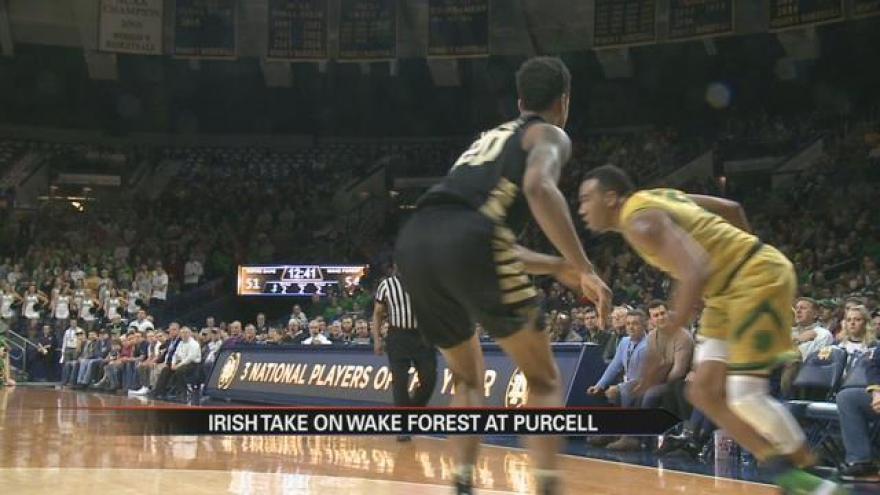 Bonzie Colson played like a man on a mission for the Irish Tuesday night, as Notre Dame (18-7, 7-5 ACC) snap their four game losing streak, defeating Wake Forest 88-81 at Purcell Pavilion. Colson finished with a season-high 27 points to go along with a team-best 16 rebounds and five blocks.

"MAN WE NEEDED THAT! WE NEEDED THAT BABY," Head Coach Mike Brey said after the win, and also had some words for his horse. "To wrestle Collins in the post and then do what he did offensively is physically unbelievable and then the numbers he had and then taking those big shots, taking those threes, he's a winner man."

After being down by five at the half, the Irish turned it on on the offensive end scoring 52 points, including 9-14 from three point range in the second half. The Irish also recorded a season high 12 blocks including career highs from Colson and Beachem.

Notre Dame will have Wednesday off before preparing to play Florida State Saturday at Purcell Pavilion.