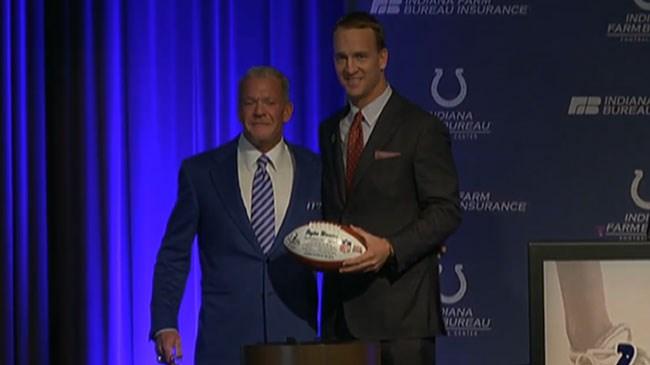 A statue of Peyton will be constructed outside Lucas Oil Stadium to honor his contributions to the Colts organization.

Irsay said it would become a destination for fans to leave cans of Budweiser and notes for Peyton. He said they would collect the notes and give them to Peyton.

The second announcement was the retirement of the number 18 jersey. Irsay said Peyton's 14-year career in Indianapolis revolutionized football and set a new standard for leadership and success.

It is the 8th time the Colts have retired a jersey.