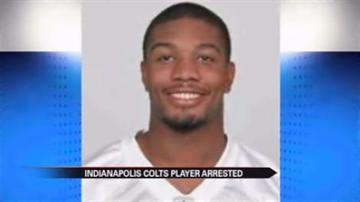 WASHINGTON — Details on the arrest of the Indianapolis Colts player who was arrested in Washington D.C. have surfaced.

Police say Joe Lefeged was arrested on gun-related charges after a traffic stop.

Court records show that police smelled marijuana in the car and found an open container of alcohol. They also found a semi-automatic pistol under the front passenger seat.

A preliminary hearing is set for Tuesday morning.

Lefeged and another passenger face charges including carrying a pistol without a license.