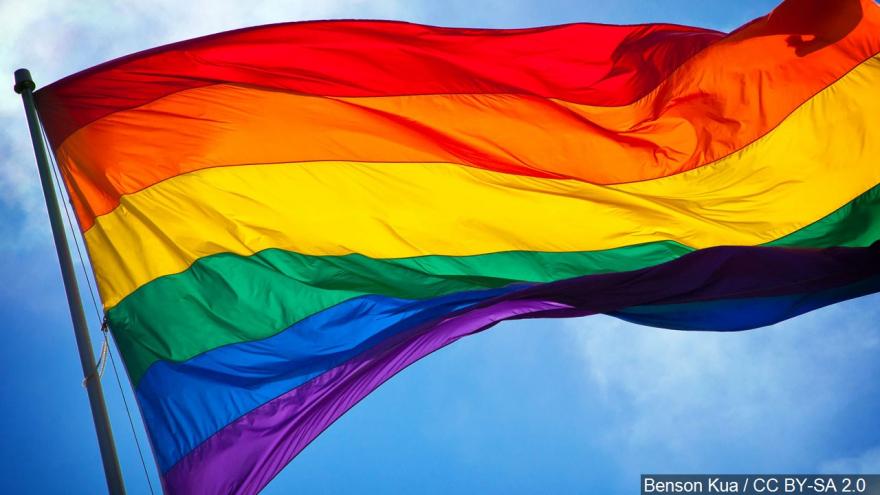 (CNN) -- Vice President Mike Pence's hometown plans to hold its first LGBT Pride Festival next month, according to a Facebook post regarding the event scheduled for April 14.

Columbus, Indiana -- a small town south of Indianapolis -- is the birthplace of the conservative vice president, a frequent target of pro-gay protests.

Pence was criticized during his time as Indiana governor for his positions on issues important to the LGBTQ community, including signing a religious freedom bill into law in 2015.

There will be drag queens, music and other entertainment, as well as food booths, educational booths and vendors selling pride-themed items, according to event organizer Erin Bailey.

Bailey -- a local high schooler-- told CNN on Wednesday that she wanted to host to the event to "make a change" in her community and in the country.

"I decided to host Columbus Pride Festival because I realized we didn't have anything quite like it in Columbus," she said adding that though she believes the Pence is "openly anti-LGBT, it doesn't mean that the rest of us in his hometown are."

A spokeswoman for the vice president says he support the young activists.

"Vice President Pence commends Erin Bailey for her activism and engagement in the civic process. As a proud Hoosier and Columbus native, he's heartened to see young people from his hometown getting involved in the political process," press secretary Alyssa Farah told CNN.

It's not the first time that the gay community has trolled Pence. A few days before the inauguration, around 200 protesters marched to Pence's neighborhood in Chevy Chase, Maryland, for a pro-LGBT rights event. Protesters handed out rainbow flags and danced in the street outside his house.

And just last week, the Pence's wife and daughter co-authored a book about the adventures and life of their rabbit, Marlon Bundo, who has been dubbed the "Bunny of the United States or BOTUS." In an attempt to troll the vice president, comedian John Oliver published an almost-identical book about a gay rabbit and his love story.

Charlotte Pence took the joke in stride, telling The Hill that she, too, bought Oliver's book.

The proceeds of Oliver book will be donated to The Trevor Project and AIDS United, while the Pences will donate a portion their proceeds to A21, a nonprofit focused on combating human trafficking, and an art therapy program at Riley Hospital for Children.