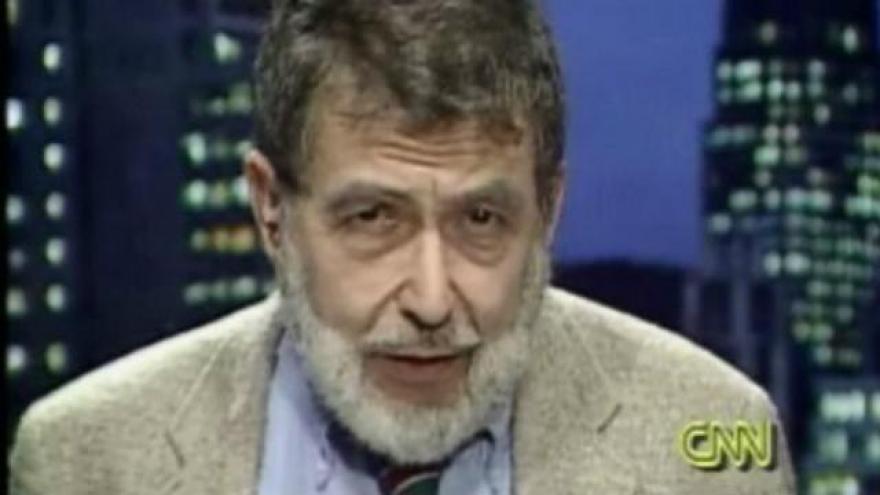 (CNN) -- Nat Hentoff -- the acclaimed, popular and edgy columnist noted for his passionate writings on civil liberties and his famed jazz criticism -- has died, according to his son Nick Hentoff.

"Sad to report the death of my father #NatHentoff tonight at the age of 91," Nick Hentoff said on Twitter. He died surrounded by family listening to Billie Holiday."

Hentoff penned a weekly column for the Village Voice in New York, tackling the turbulent topics and controversies of American life for decades.

The Voice said Hentoff's work first appeared in the Voice in 1958, known for his coverage of city politics, his "scathing media criticism" and his insights and knowledge about jazz. His last Voice column was in 2009; new management let him go.

He churned out stories for The New Yorker, The Wall Street Journal, Down Beat and other publications.

Described in some accounts of his views as as "iconoclastic," Hentoff's stances didn't fit rigid political boxes. He was a passionate defender of First Amendment rights and also an opponent of abortion.

"A journalist, historian, novelist, and music critic who spent 50 years writing for The Village Voice," the Voice said on its website. "A civil libertarian who was equally happy to heap scorn on George W. Bush as he was Barack Obama."

In his last Voice column, Hentoff cited one colleague's description of his approach to covering and commenting on public affairs.

"Nat Hentoff is never chic. Never has been, as those of us who have known him over the centuries can attest. Never will be. Count on it. He is not tribal in his views and is terribly stubborn. He challenges icons and ideas that are treasured in the community he lives in. He puts on his skunk suit and heads off to the garden party, week after week, again and again."