Commerce head: Trump's steel tariffs 'shouldn't be a surprise to anybody in the whole wide world' 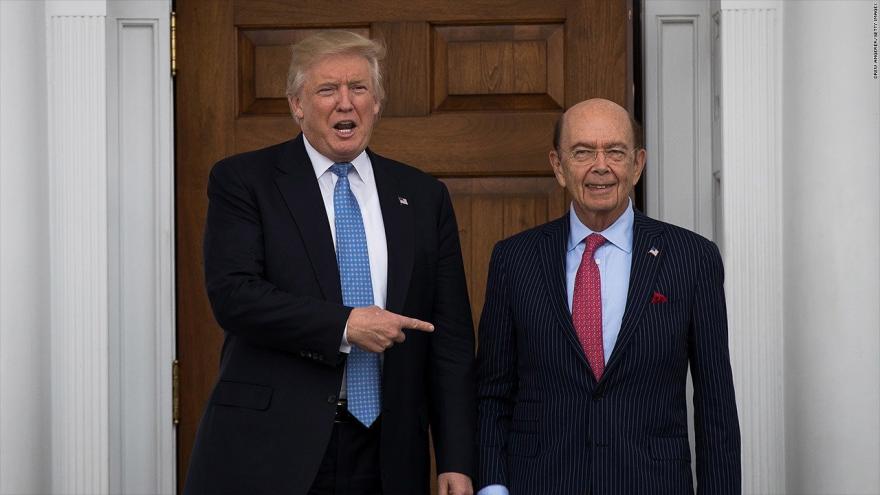 (CNN) -- Commerce Secretary Wilbur Ross said it "shouldn't be a surprise to anybody in the whole wide world" that President Donald Trump is putting trade restrictions on steel.

"Steel tariffs should not surprise anyone. Go back to the presidential campaign," Ross said Friday night on CNN's "Erin Burnett OutFront."

Trump announced stiff tariffs on steel and aluminum imports Thursday, which resulted in widespread criticism from US allies, including Canada and the European Union.

The move has reportedly divided some of the President's top advisers, and some US companies are facing potential repercussions from international trade partners, who have said they will announce retaliatory restrictions on US products.

However, Ross defended the tariffs and called fears of a trade war "nonsense."

European Commission President Jean-Claude Juncker identified Harley-Davidson motorbikes, bourbon whiskey and Levi's jeans as products that could face tariffs as a response to the Trump administration's announcement, according to a commission spokesperson.

Following the announcement, Wisconsin's Republican Gov. Scott Walker asked Trump to reconsider his position on the tariffs -- and said he had expressed his views on the matter to Ross last year.

"As I described to US Secretary of Commerce Wilbur Ross last year, there is not a market in America that can support the demand for ultra-thin aluminum for employers here in Wisconsin and across the country," Walker said in a statement.

"Ironically, American companies who will feel the negative impact of the tariffs can actually move their operations to another country, such as Canada, and not face new tariffs on the sale of their products. This scenario would lead to the exact opposite outcome of the administration's stated objective, which is to protect American jobs," Walker's statement added.

Ross addressed concerns that the tariffs could affect the US economy, saying they were "rubbish."

"The facts don't support the argument that people should be worried that it will hurt the economy. It's rubbish," Ross said.

To prove his point, he brought out a soda can.

"For beverage cans, there's only about 3 cents worth of steel or aluminum ... in it to begin with. So if that goes up 10%, you're talking a fraction of a penny. These products sell for over a dollar in the store, so it's nonsense to say there's a great tragedy looming," Ross said.