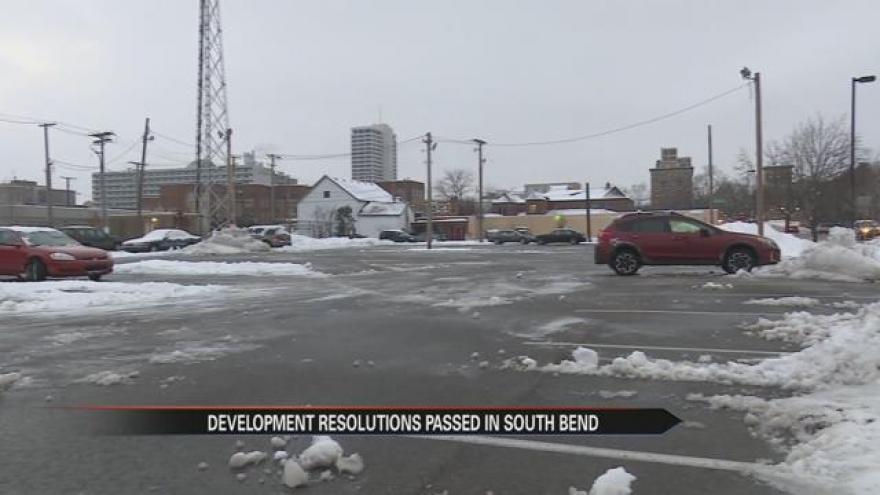 Monday, the council officially gave the mixed use high-rise development by Dave Matthews, LLC the green light after weeks of negotiations.

The council passed three resolutions related to this project: a ten year tax abatement on the property, a declaration stating the council supports this amended proposal and a resolution to reexamine area plans.

Although the council was almost unanimous in its support, not everyone is still on board.

Hughes was the only resident to speak in opposition of the amended plan.

“I think it’s particularly unfortunate that the plans are being disregarded,” said Hughes.

But quite a few folks, including the mayor, expressed support for the nine-story-tall building in the East Bank, even though it doesn’t necessarily match up with the neighborhood’s plan.

“There’s some things we had to give on, same for council members, same for the developer, but we got to a good place,” said Mayor Pete Buttigieg.

Along with that compromise came a resolution by the council to explore every neighborhood plan.

“Plans are important but you can’t get trapped by the limitations of your plans,” said Mayor Buttigieg.

The project goes before the board of zoning appeals Tuesday.

The developer will ask the board to grant the necessary height variance.

The developers have until June 15 to submit the approved proposal to the state in order to receive funding from the Regional City grant.