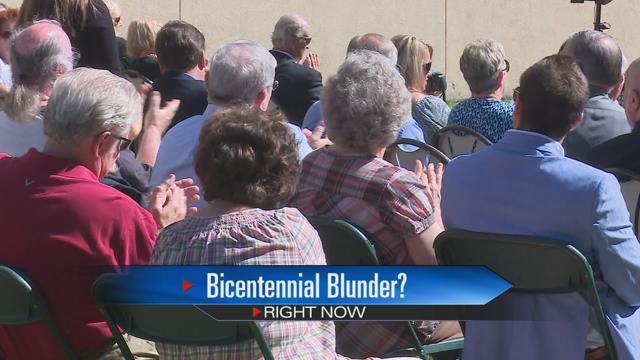 On Monday the Elkhart County Bicentennial Committee met to address some Elkhart County leaders saying minorities were overlooked in an event to celebrate Indiana’s 200th birthday.

Later this week minority group leaders will meet with the committee to talk about making the Bicentennial Relay more inclusive.

These efforts come after 28 local community leaders were announced as the official torch bearers in a statewide relay celebrating the bicentennial.

“These are good people but the question I did ask is, why weren’t minorities selected as part of this?” says Richard Aguirre, Goshen Latino Advisory Committee

Minorities make up 24% of Elkhart County’s population but Aguirre says the Bicentennial Torch Bearers do not reflect that.

“It’s hurtful that in that celebration African Americans and Latinos will not be reflected in that,” says Aguirre.

Coordinators with the Bicentennial celebrations  in Elkhart County say this nomination form was released in September 2015 for everyone to nominate a community leader.

“It was a blind process there was nothing on the form indicating any racial or ethnic back ground,” says Sonya Nash, Co-Chair Elkhart County Bicentennial.

Nash and Laura Coyne, her Co-Chair, say there was no intention to exclude anyone.

“It’s about involving the entire community and that’s the point,” says Coyne.

Aguirre says with minorities not holding many leadership roles extra efforts should have been made to at least let people know the nomination was going on.

“I’m not asking for special treatment or affirmative action it’s an attempt to say we are here we want to be a part of making Elkhart county a better place so let us help with that,” says Aguirre.

The bicentennial committee advertised with newspapers, TV stations, radio and social media platforms. They received 95 nominations before choosing the group of 28.