Community marching against violence in honor of Trina Winston 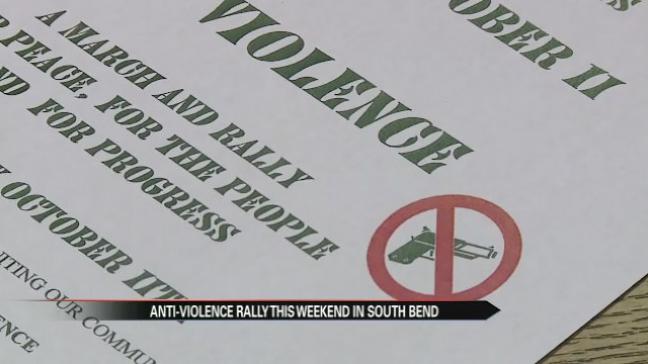 The sister of a murdered woman is organizing a People United for Peace Rally for Saturday, October 11, in honor of Trina Winston.

Trina was murdered by her estranged husband in 2012.

Hundreds of people are expected to gather at St. Paul Bethel Baptist Church at 1 p.m.

They will march down Lincolnway, and Colfax, and ultimately end up at the Morris Theater.

Traci Winston, Trina's sister, says there will be live bands and information booths in the pavilion in front of the Morris.  Traci hopes this walk sheds light and awareness on violence.

“I'm a victim from abuse and violence and my sister Trina Winston was killed two years ago in August. We were notified that her body was found on October 23,” she said.

Traci says in the last couple years, she has dedicated her life to putting a stop to violence.

“I miss my sister, I can't believe she is not coming back. I just don't want to hear another story about another family going through what we went through," said Traci.

"On October 11, we are going to have fun, we are going to talk about purpose and inspiring one another, and information about the resources available within our community,” said Traci. “It is a passion of mine that runs deep on both sides. I did see the marks on my sister's neck, we did call the police.”

Traci says when you are in a violent situation it can be hard to see a way out.

“If violence is all you see, that is what you know so until somebody says hey this is not normal, this is not the way we are supposed to live," said Traci.

She is hoping the anti-violence march will show people they are loved, they have a reason to live and violence is not the answer and does not have to be tolerated.

The march is not just about domestic violence, but all violence, including gun violence, and gang violence.