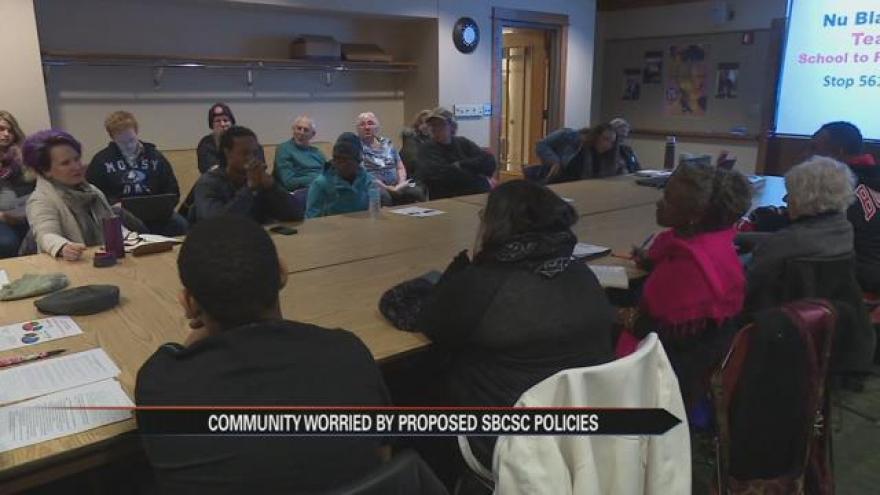 Those who met believe the two proposals could create a school to prison pipeline that will disproportionately punish students of color and take away opportunities.

“If we say that children are our future, then we all need to be invested in them and part of that investment is making sure that they not only get a good education but have the opportunity to get a good education,” said Terri Russ, member of Community Action for Education (CAFE).

CAFE, the Nu Black Power Movement, representatives from the Civil Rights Heritage Center and more gathered to educate each other on the ramifications the district could face if it implements two new discipline measures.

“We want to petition to make sure that these policies are going to get put down,” said Blu Casey, member of the Nu Black Power Movement.

They are calling for the board to put down Policy 5610 requires all suspensions and expulsions be reported to the BMV, who could then take away a student’s driver’s license and Policy 5840 addresses the way staff should deal with gangs.

But many feel those rules are steps too far and they let officials know it last week during a school board meeting.

“What happens is, it continues to punish them for something that might not have been that major in the first place,” said Russ.

The board has shelved a vote on those policies for now.

In the meantime, this group of community activists want to look for alternatives.

“The solutions that we’re trying to come up with is inputting policies that actually impact all students,” said E-Lexus Thorton, board member of the Nu Black Power Movement.

A second reading will go before the school board at the March 20th meeting.