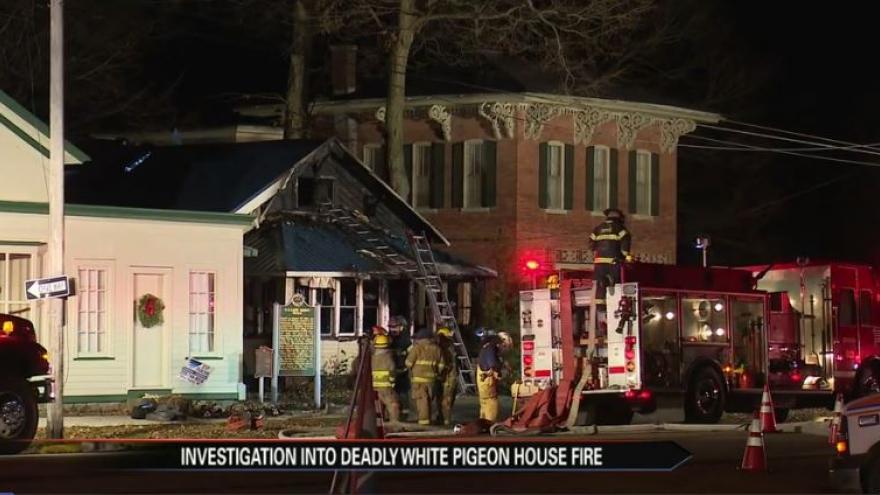 WHITE PIGEON, Mich. —The Kalamazoo County medical examiner's office has released the names of the two victims who died tragically in a home fire on Tuesday, Dec. 4.

The fire erupted in the 100 block of W. Chicago at S. Washington Street at approximately 3:30 a.m. Tuesday morning.

The two victims were located on the second floor.

According to White Pigeon Police Chief Troy Andrews, nine other victims were able to evacuate the home that day with seven taken to the hospital to undergo medical evaluation.

The cause of the remains under investigation but officials are looking into the possibility of an electrical malfunction.