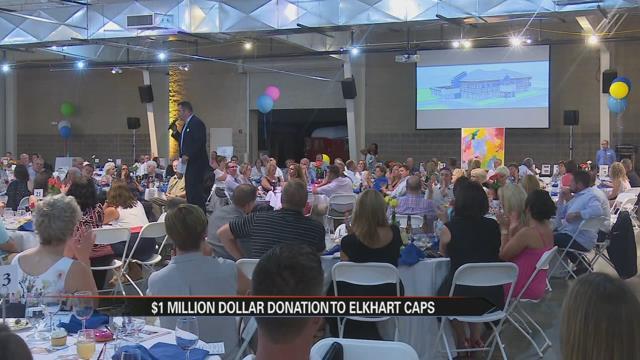 Friday, the community celebrated CAPS for  four decades of service in the region.

Hundreds of folks attended an anniversary event at the RV Hall of Fame in Elkhart in honor of the non-profit and to help raise funds for a new facility.

After the event, the organization’s leadership announced it has raised the $5.5 million needed to break ground on its future site.

“This is an amazing story to me of the power of one,” said CAPS CEO Candy Yoder.

It only took one vision spark a change many in the community believed in for years.

“She is the individual, the single person that brought this idea to the community 40 years ago,” said Yoder.

That visionary was the woman of the hour Friday night, known to all her friends here as Ruth Gattman.

40 years ago she set out to help children that could use it.

“We were only the second agency in the state so it was all brand new,” said Gattman.

40 years later, thousands of children and parents have been changed and many more have been touched.

“It’s volunteers and folks stepping up to say we can make a difference, we can keep kids safe from abuse and neglect,” said Yoder.

More folks stepped up and Friday one major step was made that would push this organization closer to touching even more lives.

“They really need more space and the Community Foundation [of Elkhart County] has been a big help but the people of the community, helping raise money are just amazing,” said Gattman.