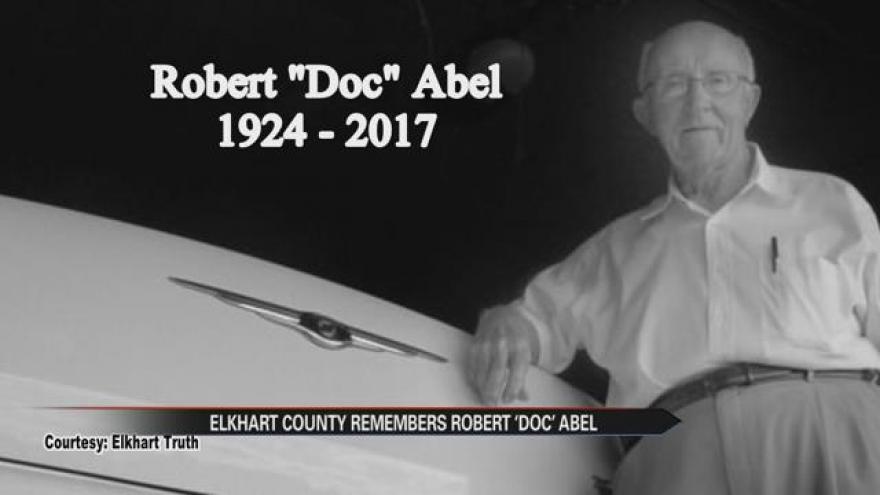 Robert “Doc“ Abel,  who touched so many lives, died this past weekend.

On Monday,  the community held a memorial service in his honor.

The doctor was many things to many people.

A fellow fair board member, a family doctor, a husband and a grandfather.

“As involved in other things as grandpa was, in work and community endeavors, family was definitely important to him."

And if you ask the hundreds of people who showed up to honor him on Monday, they were all part of his family.

After graduating from Wakarusa High School in 1942, Abel attended Goshen College for two years before joining the Army and serving our country during WWII.

In 1950 he dedicated his life to medicine and the people of Elkhart County.

Over his 75 plus years as a family doctor, Abel delivered more than 10,600 babies.
Another way to measure that massive number?

It’s more than the population of Wakarusa and Nappanee combined, and an average of more than 200 babies per year for more than seven decades!

But many past and current board members say the Elkhart County 4-H Fair was his baby that he helped raise.

“He brought us to Goshen. From Rice Field in Elkhart, to one time at the Courthouse. He brought us to the Goshen location and that’s where we are today and it’s been a gradual increase from there. He’s always been a guiding hand to follow.”

A big fish who never left the small pond,

A funeral service will be held at the NorthWood Middle School Gymnasium in Wakarusa on Tuesday, Jan. 17th at 7 p.m.