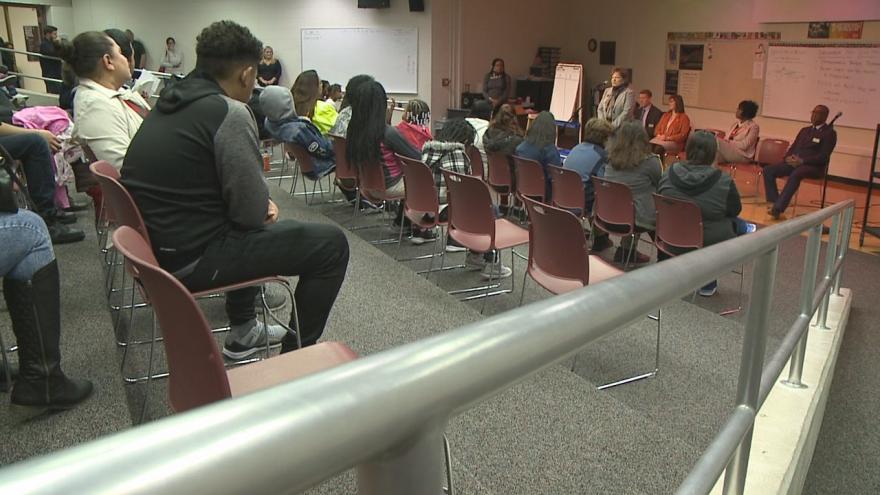 SOUTH BEND, Ind. — Parents, teachers and students of Brown Intermediate Center are fighting to save their school.

Thursday, they made tearful pleas to leaders of South Bend Community School Corporation in the hopes of stopping a plan to shut the school down.

Many who spoke up got emotional, saying closing the doors of the school feels like the district is breaking up a family.

“Every day the children express how much they appreciate us and they know that we honestly, sincerely love them,” said Kathy Casper, a language arts teacher at Brown. “They know it, they see the difference, they want this and they are working for it and they believe in themselves more than ever.”

Casper read a heartfelt letter from one of her seventh-grade students who couldn’t make to the meeting.

The open letter to the board expressed the student’s sadness by the reality she might not be able to graduate from Brown.

“Right now I’m hurt and I’m scared but I believe in every one of them and for the next seven months I’m going to keep pushing them to be the best they can be,” said Brown principal Melissa Laplace.

Quite a few people questioned if that’s possible under the planned consolidated schools.

The corporation responded saying the plan is to keep classes limited to 35 students in middle schools and 25 in elementary schools.

“These are tough decisions we have to make” said Superintendent Kenneth Spells. “We don’t take them lightly. It’s one of the reasons why we are trying to be as transparent as possible.

The leadership team reiterated those tough decisions have not been made yet.

The actual vote will happen on December 18.