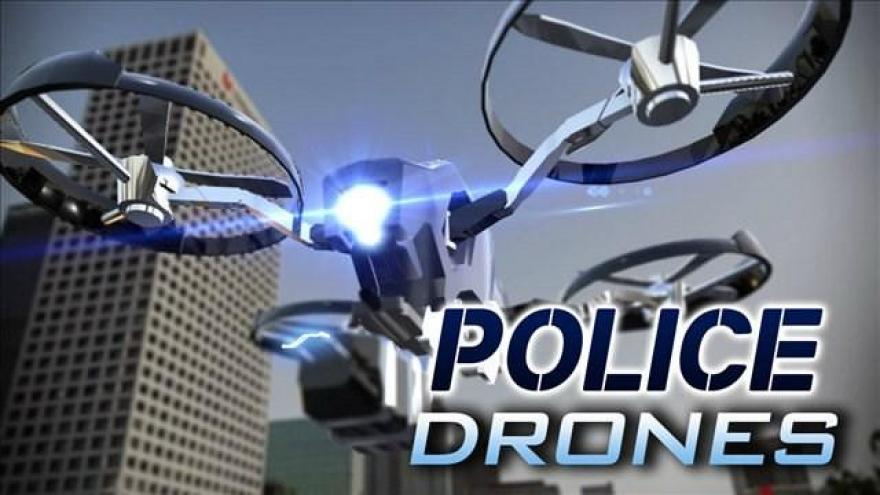 (CNN) -- Connecticut police officers would have the ability to use drones equipped with lethal weapons under a bill now pending in the state House of Representatives.

The bill authorizing police use of "deadly" weaponized drones passed 34-7 in the state legislature's joint Judiciary Committee on Wednesday. It was then sent to the House floor for debate and a vote, neither of which has been scheduled.

The law was originally written to ban the use of weaponized drones after a Connecticut resident, Austin Haughwout, attached a handgun and flamethrower to his drone on separate occasions over the past two years. The state government has tried and failed to pass legislation on drones three times since then.

However, the bill includes an amendment that would allow police officers to attach weapons to drones. Committee co-chair Paul Doyle, who helped add the amendment, said law enforcement should be able to use drones, but only as a last resort.

"It's conceivable that it is a positive resolution in an emergency, aka terrorist situation," he told CNN. "If a terrorist is in the middle of an operation, in theory, the drone could kill him."

Another co-chair of the Judiciary Committee, William Tong, told CNN the entire bill is intended to improve public safety. The amendment allows law enforcement to use drones if they feel it's necessary, but it prevents citizens from weaponizing drones on their own.

"The bill establishes basic standard guidelines for the use of drones," he said. "We don't want to limit law enforcement's ability to use drones, but we want them to have regulation as well."

Supporters: It will protect citizens

Tong explained that under this law, the state's main body of regulation for police, the Police Officers Standards and Training Council, would be responsible for creating guidelines on how officers should use drones. The guidelines would be sent back to the state legislature for final approval.

The Connecticut Police Chiefs Association supports this allowance. Farmington Police Chief Paul Melanson told CNN that if police were to use drones, it would be to defend, not harm, citizens.

"No one is looking for law enforcement to arm drones for offensive purposes," Melanson said. "The police didn't want to preclude any possibility in the future of using the drones to protect citizens."

Melanson told CNN that he could envision police using drones in situations such as defusing bombs or disarming drones used by terrorists or criminals.

At least one lawmaker who voted on the bill, Sen. Gary Winfield, said he didn't agree with the amendment but thinks it merits further discussion.

"I don't think it's been completely thought through," he said. "But I voted yes because I didn't want to kill the bill. I want to rework it."

The head of the American Civil Liberties Union (ACLU) of Connecticut, David McGuire, said the group is troubled by the potential for police to misuse drones if the amendment becomes law.

"We've seen some police in Connecticut use disproportionate force against people of minorities, and we think that drones would exacerbate this problem," McGuire told CNN. "We've been working hard to try and reestablish trust in law enforcement, and this bill sends the wrong message."

The ACLU of Connecticut is working together with the Connecticut NAACP to change the bill before it comes up for a vote.

The state NAACP president, Scot Esdaile, told CNN that if the bill passes, there will be protests.

"We don't want these new technologies in our neighborhood because we know that eventually they will be abused and turned against us," he said.

Some police officers, such as Hartford Deputy Chief of Police Brian Foley, also expressed worries about the use of weaponized drones.

"When you begin to automate things you begin to invite technical glitches," Foley said. "It seems like in this day and age too many things could go wrong."

Connecticut would not be the first state to allow police to use weaponized drones. North Dakota passed a bill two years ago that allows their use, though it says the weapons must not be lethal.