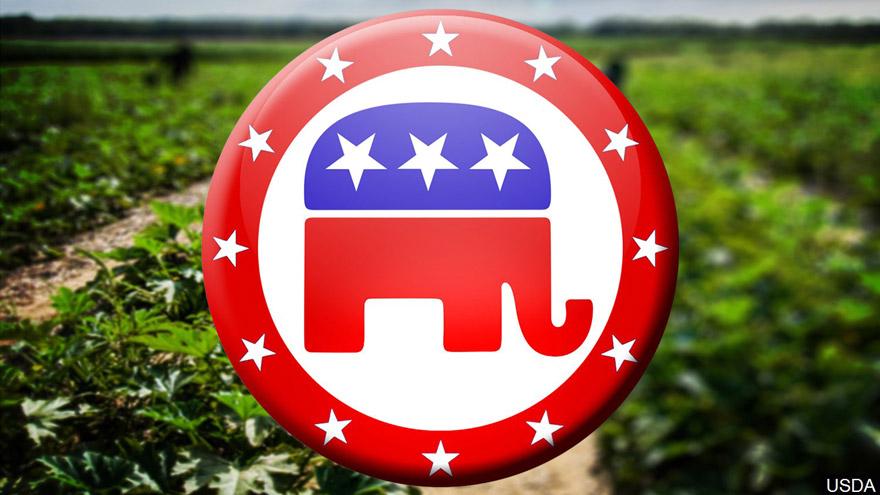 WASHINGTON (AP) — In an embarrassment for House Republican leaders, conservatives on Friday scuttled a bill that combines stricter work and job training requirements for food stamp recipients with a renewal of farm subsidies popular in GOP-leaning farm country.

Hard-right conservatives upset over the party's stalled immigration agenda opposed the measure, which failed by a 213-198 vote. Some 30 Republicans joined with every chamber Democrat in opposition.

The vote was a blow to GOP leaders, who had hoped to tout its new work requirements for recipients of food stamps. The work initiative polls well with voters, especially those in the GOP political base.

More broadly, it exposed fissures within the party in the months before the midterm elections, and the Freedom Caucus tactics rubbed many rank-and-file Republicans the wrong way. A handful of GOP moderates opposed the bill, too, but not enough to sink it on their own.

"You judge each piece of legislation on its own," said Rep. Tom Cole, R-Okla. "You don't hold one thing hostage for something that's totally different and has nothing to do with it. I would say that's a mistake in my view."

Key conservatives in the rebellious House Freedom Caucus opposed the measure, seeking leverage to win procedural advantages to in a debate on immigration next month. Negotiations with GOP leaders Friday morning failed to bear fruit, however, and the unrelated food and farm measure was defeated.

Conservative Rep. Jim Jordan, R-Ohio, said some members had concerns over the farm bill, but said, "That wasn't my main focus. My main focus was making sure we do immigration policy right" and "actually build a border security wall."

Beyond the drama and infighting among Republicans, the debacle appears to make it even more likely that Congress will simply extend the current farm bill when it expires in September.

The farm bill, a twice-per-decade rite on Capitol Hill, promises greater job training opportunities for recipients of food stamps, a top priority for House leaders. Democrats are strongly opposed, saying the stricter work and job training rules are poorly designed and would drive 2 million people off of food stamps. They took a victory lap after the vote.

Currently, adults 18-59 are required to work part-time to receive food stamps, officially called the Supplemental Nutrition Assistance Program, or agree to accept a job if they're offered one. Stricter rules apply to able-bodied adults 18-49, who are subject to a three-month limit of benefits unless they meet a work or job training requirement of 80 hours per month.

Under the new bill, the tougher requirement would be expanded to apply to all adults on SNAP, with exceptions for of seniors, pregnant women, caretakers of children under the age of 6, or people with disabilities.

"It sets up a system for SNAP recipients where if you are able to work, you should work to get the benefits," said Ryan, R-Wis." And if you can't work, we'll help you get the training you need. We will help you get the skills you need to get an opportunity."

"While I agree that there are changes that need to be made to the SNAP program, this is so clearly not the way to do it," said Rep. Collin Peterson of Minnesota, top Democrat of the Agriculture Committee. "The bill cuts more than $23 billion in SNAP benefits and will result in an estimated 2 million Americans unable to get the help they need."

He said it "turns around and wastes billions ... cut from SNAP benefits to create a massive, untested workforce training bureaucracy."

In addition to food stamps, the measure would renew farm safety-net programs such as subsidies for crop insurance, farm credit and land conservation. Those subsidies for farm country traditionally form the backbone of support for the measure among Republicans, while urban Democrats support food aid for the poor.

On Thursday, supporters of the agriculture safety net easily defeated an attempt to weaken the government's sugar program, which critics say gouges consumers by propping up sugar prices.

The measure mostly tinkered with farm programs, adding provisions aimed at boosting high-speed internet access in rural areas, assist beginning farmers, and ease regulations on producers. But since the measure makes mostly modest adjustments to farm policy, some lawmakers believe that the most likely course of action this year is a temporary extension of the current measure, which expires at the end of September.

In the Senate, the chamber's filibuster rules require a bipartisan process for a bill to pass. There, Agriculture Committee Chairman Pat Roberts, R-Kan., promises a competing bill later this month and he's signaling that its changes to food stamps would be far more modest than the House measure.