Contract extension keeps the Cubs in South Bend through 2022 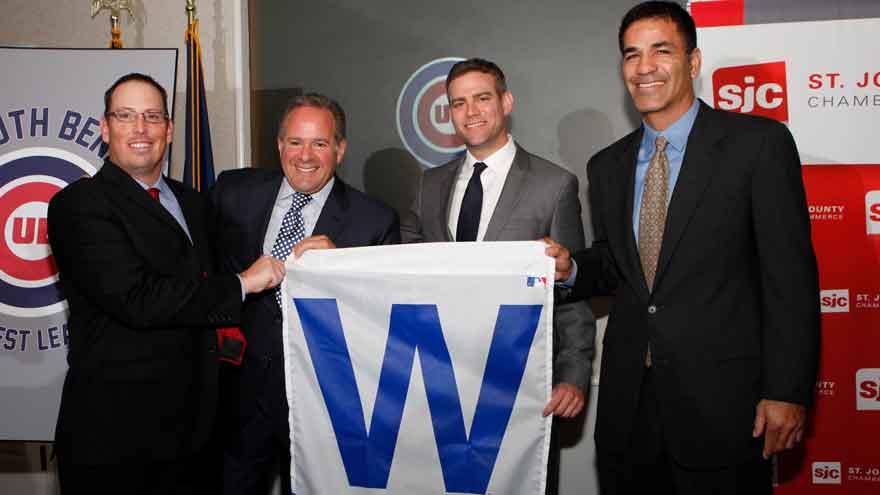 SOUTH BEND, Ind. -- The Chicago Cubs and the South Bend Cubs have extended their Player Development Contract which will keep the Cubs in South Bend through 2022.

“It’s rare in today’s modern system to see an affiliate renew so early,” said Andrew T. Berlin, Owner & Chairman of the South Bend Cubs. “Our original contract began with the 2015 season and already have two extensions of that deal. Chicago recognizes our commitment to developing their players with our world-class facilities and the dedication our fans have for the Cubs players. As the Ivy at Berlin place nears completion, Four Winds Field will give the future Cubs a small taste of what the atmosphere will be like at Wrigley Field."

“We couldn’t be happier to extend our relationship with South Bend through at least 2022,” said Jason McLeod, Cubs Senior Vice President of Scouting and Player Development. “Andrew Berlin and Joe Hart, along with their talented front office group, have gone above and beyond to give our young players an environment in which they can mature both on and off the field.”