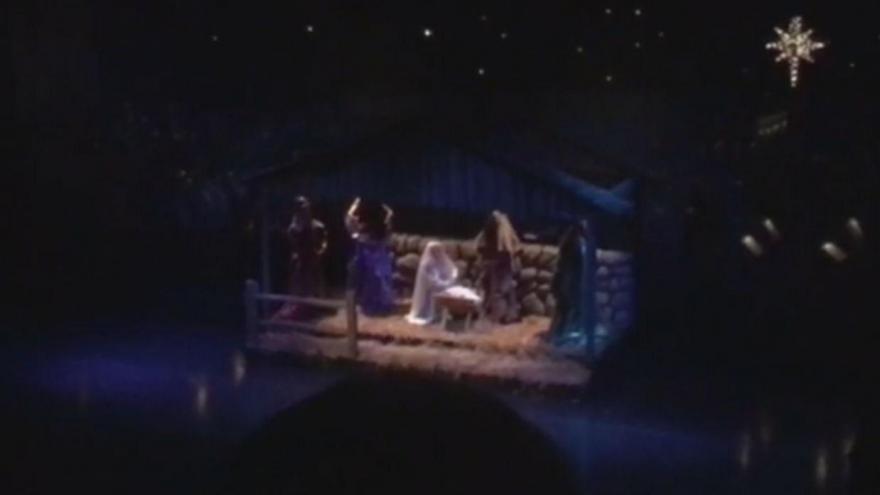 After a student filed a lawsuit against the Concord Community School district for the religious display at Concord high school, the school was ordered by a federal judge not to include a live nativity scene on stage for their Christmas Spectacular.

Saturday's performance of the school’s Christmas Spectacular included a different version of the nativity scene where the school used statues instead.

The sold out crowd at Concord High School erupted with applause following the school’s use of statues to keep the nativity scene.

An unnamed student is in a legal battle with Concord Community Schools over their use of a prominent nativity scene during the annual holiday show in past years.

Less than two weeks ago, a federal judge ordered the school not perform the live nativity this year.

“I’d like to say ‘we won.’ There was a lot of happy people in there tonight," said Doug Johnson, the grandparent of a Concord student.

“It’s very emotional. I was actually tearful when I came out,” said parent Roberta Gooding.

An emotional response to something many thought couldn’t happen, including parent John Parsons whose daughter has been in the show for several years.

“She was an angel last year in the nativity scene so she was very disappointed with rulings and different things,” said Parsons.

Many were disappointed and took offense to the judge’s ruling, one they wanted to get around.

“She’d come home with all these ideas that people had of how to do it,” said Parsons.

And for now it seems they did get around that ruling.

“I felt like it was all done in very good taste and we could honor the birth of Jesus and still other cultures could be, could have their say as well,” said Gooding.

Although the majority of the show focused on Christmas traditions, the performance included a segment where they explained Hanukkah and Kwanza.

The Freedom From Religion Foundation has not yet responded to the school’s use of the nativity scene. But, many parents say they don’t care what the FFRF thinks.

“They’ll have issues with it just because they do and the more we pay attention to this issue the more it gives them the limelight, that’s kind of why I told my daughter don’t fuel their fire,” said Parsons.