Cops: Teacher told girl to kill herself, forced other kids to bully her 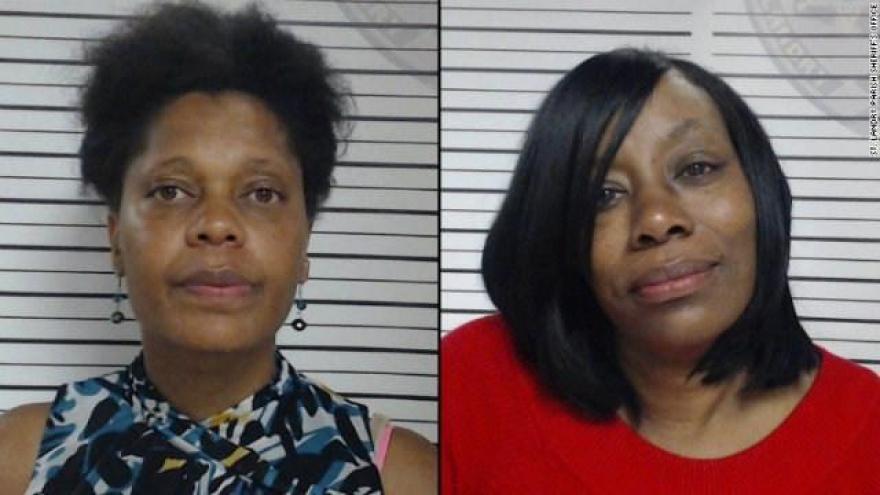 (CNN) -- The 11-year-old girl was relentlessly bullied. And the culprit, police say, were her teachers.

One of them told the girl to "go kill herself" and threatened to fail other students if they didn't fight the girl, police said. And when that teacher was removed from the classroom, a second teacher allegedly kept up the abuse.

St. Landry Parish Sheriff Bobby Guidroz said he learned of the accusations back in February after the girl's mother filed a complaint. The mother returned to the sheriff's office in April to say the abuse was continuing.

Deputies said Shelvin, a teacher at Washington Elementary, threatened to fail three of her students if they didn't fight the girl. She also allegedly told the bullied girl to "go and kill herself."

In a police report obtained by CNN, a student involved in the incident told deputies that Shelvin forced her to start a fight that resulted in several students sent to the principal's office.

The student said she was told if she didn't fight the girl, Shelvin would refuse to help her with her class work just like she refuses to help the 11-year-old, the report said.

The student told deputies she was scared she'd be treated like the bullied girl if she didn't comply.

Shelvin was eventually removed from the school and Gallow, a former teacher's aide, took over her class.

The girl's mother told police that Gallow retaliated against the girl for reporting Shelvin to the principal.

School surveillance cameras caught Gallow pushing the girl onto the school bleachers on two occasions, the sheriff's office said. When questioned by police, Gallow admitted pushing the student because she felt the girl was too upset to go start her testing.

A school board official, Anthony Stanberry told CNN affiliate KLFY is disturbed by the news and is promising swift action.

Whatever actions needs to be taken care of to handle the situation is what we plan to do."

The school district said it is investigating the allegations.

"We want to assure the school community that we take these allegations very seriously and we are doing everything to protect the health, safety and welfare of our students," St. Landry Parish School Board supervisor of personnel Matthew Scroggins said.

Sheriff Guidroz says the mother did the right thing by reporting the bullying to the school board.

"Students should not have to attend school and be bullied especially by teachers that are there for their education, guidance and safety," he said.

The teachers are charged with malfeasance in office, intimidation and interference in school operations.