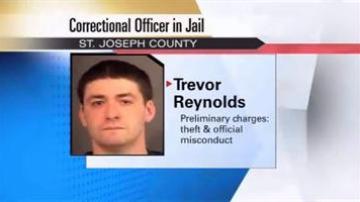 Police say a former inmate blew the whistle on him.

The officer will be in protective custody within the jail.

Investigators are handing over the evidence to the prosecutor's office. Some of the evidence includes receipts and video surveillance.