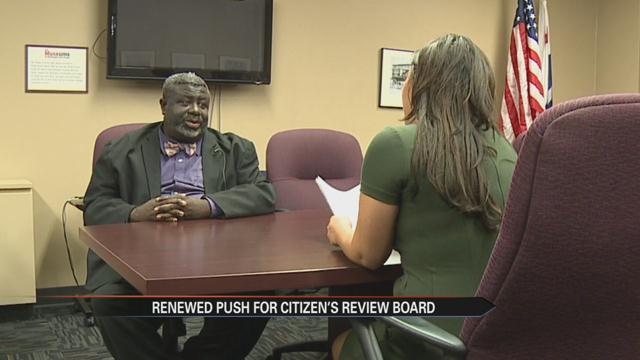 Last week, the Chief of the South Bend Police Department cleared the officers of any wrong doing in the Devin Butler case.

While the South Bend Police Department is in charge of reviewing complaints against their officers, Council member Oliver Davis is wondering—shouldn’t there be someone else to police law enforcement?

Davis wants to form a Citizens Review Board to oversee complaints against the cases and make recommendations.

“Over the years, people have said ‘those in the same house are protecting the same house.’ Given all that we’ve had and our police and our mayor and community relations over the last few years, lets broaden our scope,” said Davis.

The current Board of Public Safety is made up of citizens appointed by the mayor.

Davis is suggesting a more diverse group of citizens chosen by council members, law enforcement and the mayor.

“It gives a variety of people the chance to review the work and to say where are we going? And I think that helps to add validity to the chief, to the mayor and to the community,” said Davis.

Davis first proposed the idea to the council in December of 2014 with two other council members. In part, the bill proposed looking into establishing a Citizens Review Board.

It passed unanimously and was signed by Mayor Pete Buttigieg, who says he is still considering it.

“We’re always looking into new ideas to see if they could be beneficial. So will we be looking into yet another body or some modification to our current system might make sense for the future. We can’t have residents conducting HR investigations, but what we do want is some level of transparency,” said Mayor Buttigieg.

Data about the use of public force, citizen complaints, and officer training will be available to the public online starting at the end of this year.

“Our hope is that overtime this will build community confidence in the police department, both by empowering and vindicating our officers when they do the right thing and making sure it’s very clear when somebody does not do the right thing,” said Buttigieg.

Meanwhile Councilman Davis is hoping the Citizens Review Board could be established by January 1, 2017, meaning it would have to be a part of this year’s budget.

The council will meet to discuss the budget October 24th.