Council to vote on proposal to increase fines for unkempt lawns 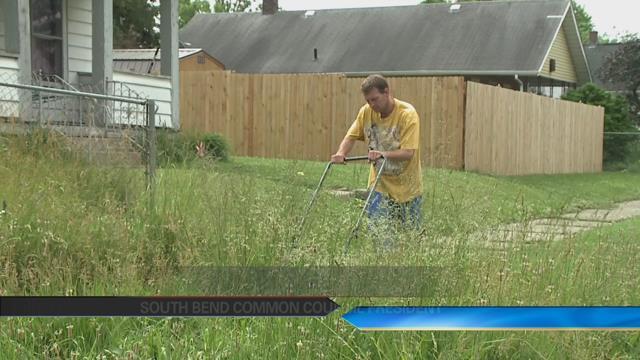 It is a pesky nuisance plaguing several neighborhoods in South Bend.

Grass and weeds growing out of control, not being kept up.

But a new proposal is in the works at Monday evening's Common Council meeting to curb these issues.

The Common Council will vote on a proposal to increase fines for unkempt lawns.

Council President Tim Scott hopes increasing the fine will get the attention of violators.

But neighbors say the city could do a better job keeping lawns cut as well.


Mack Jones lives on North Adams Street and is sick of living by an eyesore, the only house on the block with over grown grass and weeds.

He said he does his part. So the city should do its part.

The house nearby is set for demolition, part of Mayor Pete Buttigieg's 1000 Homes in 1000 Days initiative to get rid of problem properties.

So neighbors can't understand why the city is considering a proposal to increase tall grass fines when the city doesn't take care of lawns at homes already deemed eyesores.

“If they want to fine us for not taking care of our property they need to be penalized too,” Jones said.

Jessi King lives near another unsightly property a few miles down the road on Albert Avenue.

And as the grass next door continues to grow higher and higher, so does her frustration with code enforcement.

“Baby skunks, raccoons, I think there's a muskrat that currently lives under there,” King went on.

But Common Council President Tim Scott said mowing these lawns is a waste of taxpayer money.

“Since I've been on the council, one of the biggest phone calls we get is regarding grass cutting,” said Scott.

He said it is expensive and requires more hands than one may expect.

If approved, he hopes the increased fine will deter violating neighbors from letting their property's go.

So what about the elderly and disabled?

Scott said the code is the same for everyone.

But made clear the city is willing to work with residents.
Share this article: