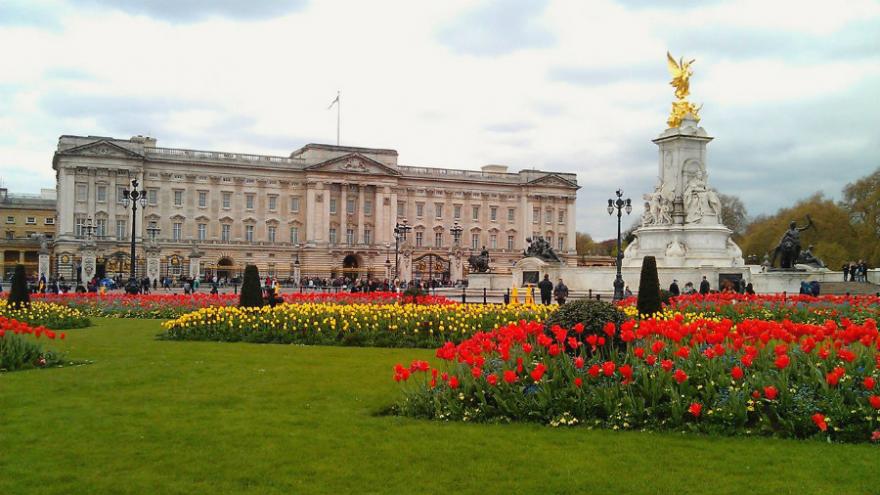 A 26-year-old man was arrested at the scene on suspicion of grievous bodily harm and assault on police. He has now also been arrested under the Terrorism Act, police said.

Officers approached after the man stopped his car just after 8.30 p.m. local time Friday in a "restricted area" on the Mall roundabout outside Buckingham Palace, the Queen's official residence and a major London tourist attraction.

They spotted a "large bladed weapon" in his car and went to arrest him, at which point two male police officers suffered minor injuries to their arms. They were discharged following hospital treatment.

The suspect was also taken to a London hospital to be treated for minor injuries and has now been taken to a central London police station for questioning.

Witness Kiana Williamson told the British Press Association news agency that the whole incident lasted only about a minute.

"They were trying to get the man out of the car, shouting, more police were arriving on to the scene and the man was fighting back," she said.

"I saw one injured policeman with an injury to his arm although it didn't look severe. He was being tended to by another officer.

"The man had been restrained and looked almost unconscious by the side of the road."

No one else was reported injured and no members of the public came into contact with the suspect, police said.

Police appealed for anyone who may have witnessed the incident or taken video or photographs to get in touch.

There have been four terror attacks this year in Britain, one in Manchester and three in London.