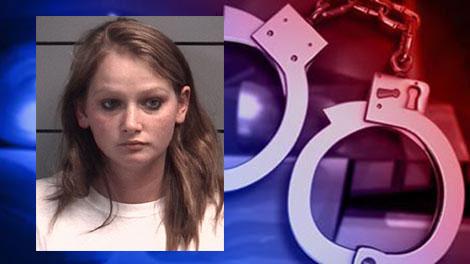 The Marshall County Prosecutor's Office has released the probable cause affidavit for the double fatal accident that happened on Rose Road in Plymouth on May 15.

A Marshall County deputy responded to the scene at approximately 1:52 a.m. and discovered a Honda Civic had been rear ended by a Dodge Durango.

The occupants of the Durango had fled the scene.

The driver of the Civic was located unconscious in a nearby ditch. The two rear passengers were trapped and unconscious.

A fourth passenger was conscious and had called 9-1-1 from her cell phone.

Later in the day, the driver, Paul Graham and passenger Jostiana Bouskill died at Memorial Hospital.

The deputy determined the two people who were in the Durango were Shane Graham and Monica Sanders, according to the probable cause affidavit.

When the deputy spoke with Sanders on May 16, she admitted she was the driver of the Durango and her boyfriend, Shane Graham, was the passenger.
She also allegedly admitted to fleeing the accident scene.

Sanders has been charged with three counts of leaving the scene of an accident resulting in death.