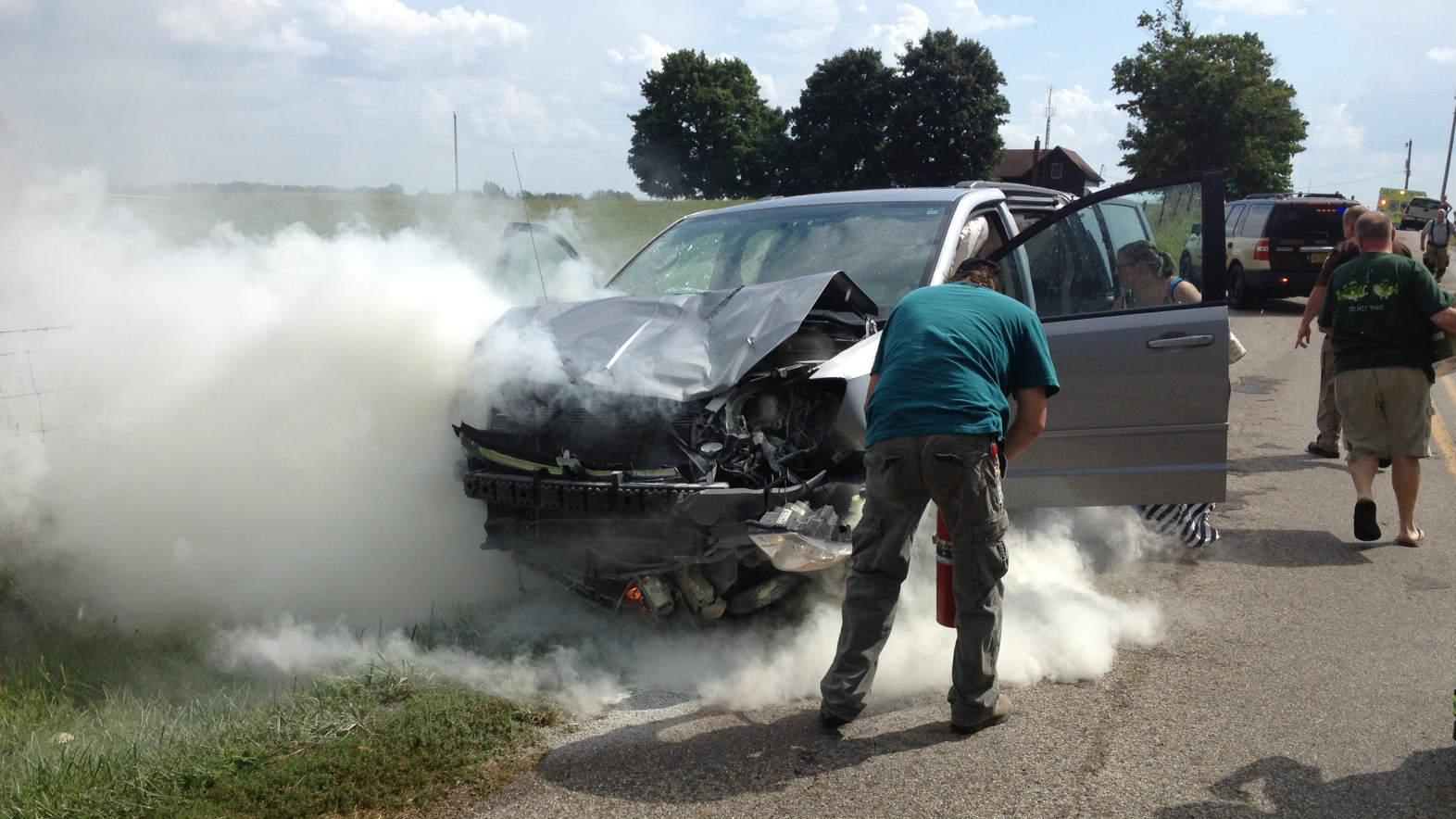 Kosciusko County Sheriff’s Deputies and emergency personnel responded to a deadly crash that happened at the intersection of County Farm Road and County Road 800 South Friday.

The crash happened around 3:00 p.m. just south of Claypool.

Officers arrived and located the driver of a motor driven cycle, previously referred to as a moped, in a field near the intersection of the crash.

25-year-old Anthony Gabbard of Cromwell was pronounced dead at the scene from blunt force trauma by the Kosciusko County Coroner's Office.

F.A.C.T. team members said that an investigation determined that Gabbard had been traveling east on County Road 800 South when he failed to stop at the intersection.

Gabbard pulled into the path of a Dodge Grand Caravan driven by 40-year-old Sheldon Marles of Warsaw.

Gabbard was thrown from his motor driven cycle and it became lodged underneath the front of Marles’ van.

The gas tank of Gabbard’s vehicle ignited after the collision, but Claypool and Warsaw/Wayne firefighters extinguished the fire.

Officials say Marles was not injured in the crash.