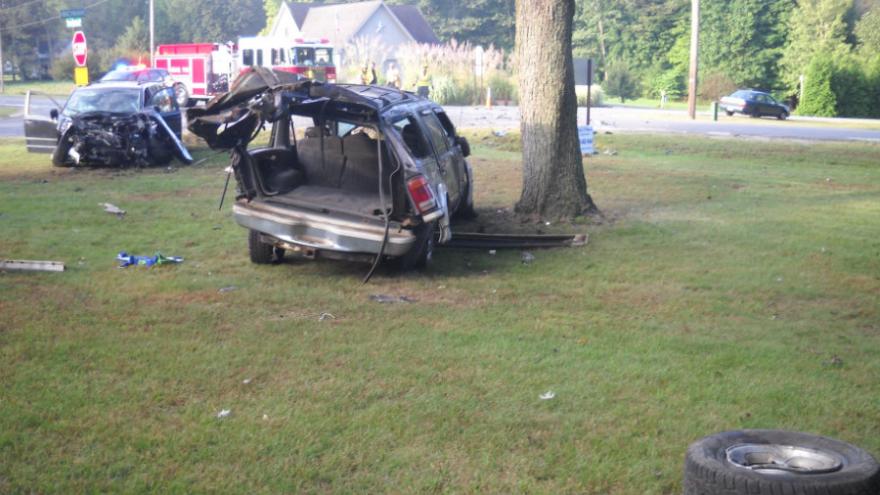 An officer responded to the call at approximately 8:18 a.m.

The accident took place on Stevensville-Baroda Rd and Hinchman Rd.

Heather Butler, 33, was headed east on Hinchman Rd when she stated that her vision was impaired by the rising sun while she approached a stop sign.

Scott Schmaltz, 49, was headed north, had the right-of-way and did not have to stop.

Both were taken to Lakeland Hospital in St. Joseph by ambulance.

Butler was wearing her seatbelt in the incident, but Schmaltz was not.

No further information was given on any injuries that might have occurred.