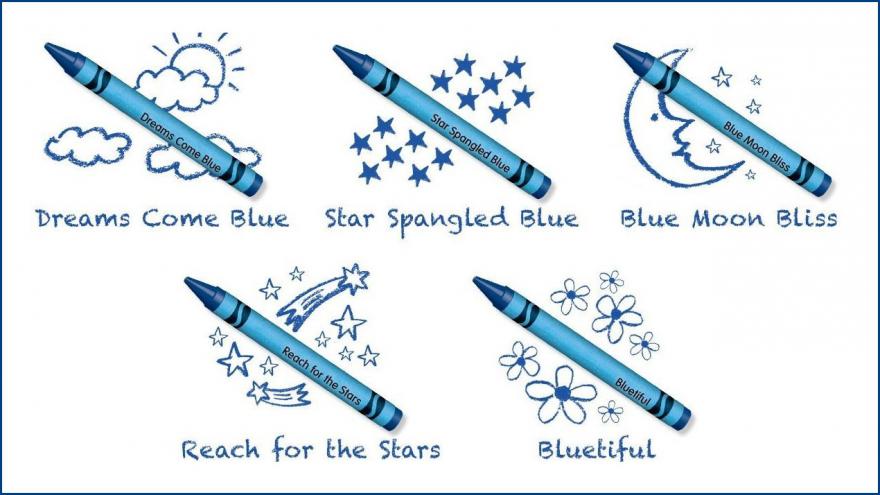 (CNN) -- Crayola fans feeling blue about the recent retirement of the beloved dandelion from the crayon box now have a chance to help choose its replacement.

Voting opened Saturday in the company's contest to name the color of a new crayon, which will be a shade of blue.

There are five names to choose from: Blue Moon Bliss, Bluetiful, Dreams Come Blue, Reach For The Stars and Star Spangled Blue. Fans can vote once each day until the contest ends August 31.

Daily prizes will be awarded to those who vote, and all entries qualify for a grand prize of a four-person trip to the Crayola Experience attraction in Orlando. The prize also includes a $1,000 gift card, $100 Crayola prize pack and a $1,000 donation to a school arts program.

Fans waxed nostalgic when Crayola announced in March that the yellowish dandelion, introduced in 1990, would be pulled from its rainbow of colors.

It has retired a dozen shades over the years, starting in 1990 when it bid goodbye to classics such as maize, lemon yellow and orange red. They were replaced with dandelion and seven other new shades including fuchsia, teal blue and wild strawberry.

In 2003, Crayola bid goodbye to blizzard blue, magic mint, mulberry and teal -- though amid a hue and cry, fans were able to rescue burnt sienna.

Click here to enter the contest/vote for new name