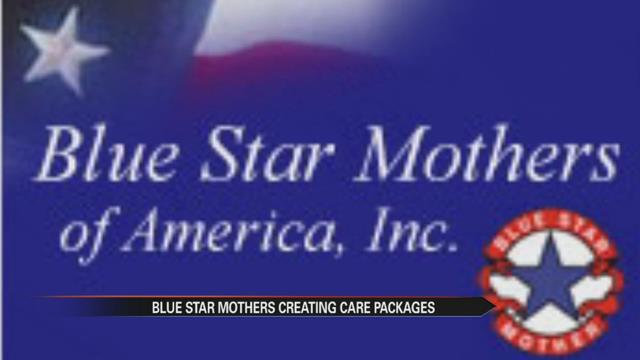 The Michiana Blue Star Mothers are working on a project called Operation Care Package to send to deployed service members. The care packages will include items like snacks, toiletries, decorations for Christmas, and fun things like squirt guns and puzzle books.

From now until Thursday items can be dropped off at any Martin's Supermarket in St. Joseph and Marshall County.

The goal is to send any little piece of home to let service members know people back home are thinking about them, according to St. Joe Valley Blue Star Mothers Indiana #6 President Sandra Boldt.

“Our main push is this time of year, in order to send out care packages to the deployed military members so that they get them by Christmas,” said Boldt.

Blue Star Mothers is a national organization created in 1942 and made up of mothers, sisters, friends, and veterans who work together to support the troops.

Before the St. Joseph chapter was created in 2008, Boldt was a part of a Michigan chapter.

Boldt's son Jason was in the military for three years and was deployed to Iraq.

“It’s been kind of rough. He’s unfortunately one of the many statistics,” she said.

She said Jason has PTSD and she gets support from the Blue Star Mothers group.

“I draw on their support too because there’s times that it’s rough for me as a mom because I didn’t sign up for this but my son did and I support him. If through my experiences with my son, if I can help even one person then I know that’s been a success,” Boldt added.

Crystal Cruise lives in Granger and is the mother of a soldier. She was personally impacted by the group last May while her son was deployed to Afghanistan.

“It’s good for morale. It’s good to let them know that people at home do think about them and do support them personally, and that the American people are taking care of their heroes,” Boldt said.

Cruise's son Douglas and his troop received a care package.

“He said it was fun, it was neat, it was exciting when they got the box they were like ‘oh man we got you know,’” Cruise added.

Last year the group sent out about 500 care packages and the goal this year is 600.

They will be meeting this Saturday to put together the care packages.

If you would like to help or donate to the cause, you can contact the group at [email protected]