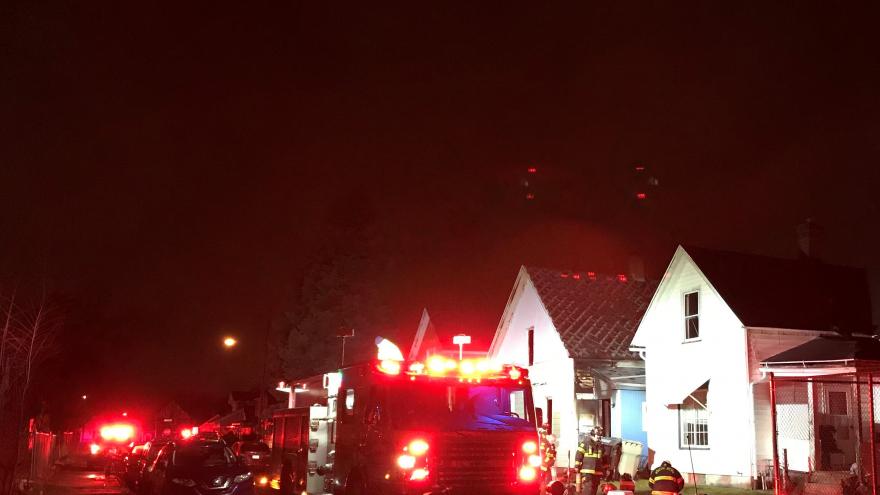 SOUTH BEND, Ind. - It took more than two-dozen firefighters an hour to get a house fire in South Bend under control.

The fire broke out just before midnight at a home in the 1300 block of West Fisher Street, not far from Chapin and Sample.  In all, 25 firefighters responded to the scene.

The home was vacant, and was gutted by the fire.  The flames spread to a house nearby, too, damaging the exterior.  Everyone inside that home was able to get out, and there were no injuries reported.

Right now, it's not clear what sparked the flames.  Crews say the cause is under investigation.