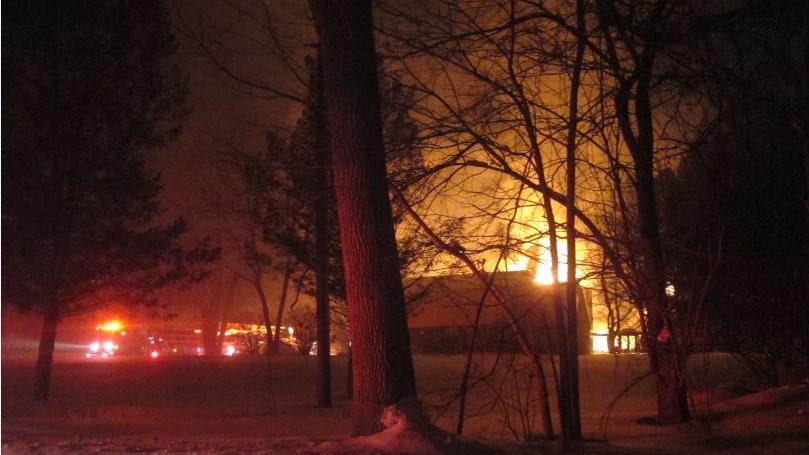 It happened around 11:30 Tuesday night near the intersection of  Morris Drive and Platt Street.

"I'd say half to two thirds of the structure was already involved," said Niles Charter Township Fire Chief Gary Brovold. "Flames showing through the roof when I got here."

A man and his dog were home when the fire broke out and both were able to escape uninjured.

It took crews several hours to get the fire completely out. The chief says frozen hydrants were a problem forcing numerous departments to truck in water.

"We had one fire hydrant that was completely froze shut that we couldn't get open, and we had two towers that took some time to get the water flowing," said Brovold.

Crews from more than eight departments were called in for back-up.