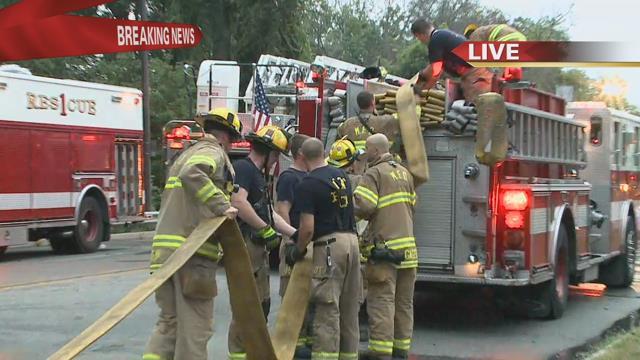 Mishawaka fire crews responded to the scene of a structure fire in the 1800 block of Lincolnway West early Sunday morning.

Fire Department Captain Larry Regina said the call came in close to 5 a.m. and when he got to the scene, flames were coming out of the roof.

“The fire was already coming through the roof, so we’re not going to send anyone in," Regina said.

He said they automatically went into a defensive strategy which means pouring water on top of the building with the two ladder trucks they had on scene.

“If you arrive on scene and just have smoke showing, a lot of times you’re going to send somebody in to check it out but like I said, this was already through the roof when we arrived,” Regina added.

Crews were able to put out the flames in about 20 minutes.

He said the roof collapsed and firefighters had to push the west wall out of the building.

The building used to be a security business but had been empty for about 10 years.

"It was a vacant building so no lives endangered,” Regina added.

The cause of fire has not been determined.