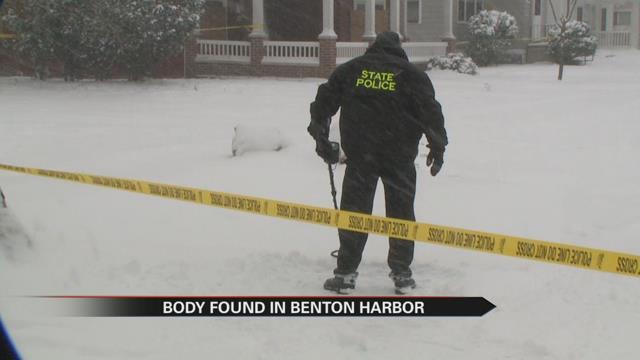 Crime Stoppers will offer a reward or information leading to the arrest of the suspect in the death of Joshua Hutchinson, who was found dead in the snow on Sunday.

Around 9 a.m. Sunday, the Benton Harbor Department of Public Safety responded to the 800 block of Superior Street in Benton Harbor to investigate a man's death.

When they arrived, they found Joshua Hutchinson deceased from multiple gunshot wounds.

Crime Stoppers is offering up to $1,000 for information leading to the arrest of the suspect in Hutchinson's homicide.

You can submit an anonymous tip online at www.michianacrimestoppers.com, or through a link on their Facebook page.