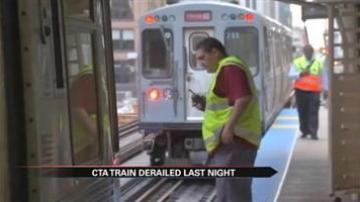 Chicago CTA trains are operating at full service on the elevated tracks after a derailment caused major delays in the loop.

The train kept going sending dozens of steel rail clips and other debris raining down on the street down below.

A man was sitting in his car when it happened.

He considers himself lucky to be alive.